Bergen County Clerk Kathleen Donovan is sounding a lot like a candidate for county executive.

The five-term Republican sent a letter yesterday to members of her party that strongly signals she intends to run for the Republican nomination for the county's top post, though she says that she will not make a final decision until early January.

"I believe as you do that we need to put forth the strongest possible Republican candidate who can win back the County's top post in November, to help restore accountability and a fiscally responsible county government to taxpayers," wrote Donovan. "My record of running and winning six county-wide races, and earning more votes than any other candidate of either party on the county level in 2008, while President Obama won by nearly 40,000 votes – shows that I can win-over independent and Democrat cross-over voters crucial to a Republican county-wide victory. This is particularly important given our Party's significant registration deficit."

The letter's disclaimer says it was paid for by a campaign committee called Friends of Kathe Donovan for County Executive, which does not yet appear in electronic filings with the Election Law Enforcement Commission.

"The people who have had it and with whom I've had conversations have been unbelievably supportive. Absolutely very supportive," she said.

Donovan, who served one term in the state assembly and briefly chaired the Republican State Committee, has established herself as a brand in Bergen County, which made her an attractive candidate – and eventual runner up – to be Gov.-elect Christopher Christie's running mate.

So instead of trying to beat her at the ballot box, Democrats attempted to appoint her to a superior court judgeship. Donovan responded favorably to the offer, but the effort failed after state Sen. Gerald Cardinale (R-Demarest) refused to sign off on the nomination.

But even if that barrier suddenly disappears, Donovan says she's not interested in a judgeship any time soon.

"Perhaps down the road, but certainly not now," she said. "I'm not going to make any decision or public declarations until January, but I'm far enough along."

Even though Democrats privately admit that Donovan will be a tough opponent, her path to the Republican nomination is not clear. Former Hackensack Mayor Jack Zisa is exploring a run, and has lined up a significant amount of support. And Donovan's relationship with party leaders, including Cardinale and Chairman Robert Yudin, isstressed.

Donovan has tried unsuccessfully twice before to secure the party's nomination to run for county executive: in 2002, when she did not prevail through the Bergen GOP's convention process; and in 2006, when she narrowly lost a hard fought primary campaign against Todd Caliguire, who went on to lose to McNerney in the general election. 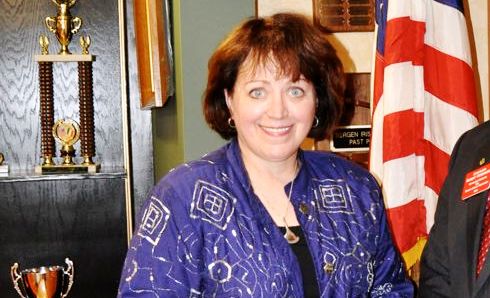