Essex County Freeholder Samuel Gonzalez has been charged with ballot fraud in the case of his wife's 2007 senate campaign, according to state Attorney General Anne Milgram.

Five more people, including Gonzalez, husband of Sen. Teresa Ruiz (D-Newark), were indicted today for election fraud in connection with absentee ballots they collected and submitted as workers for Ruiz’s 2007 campaign, Milgram said.

"I have full confidence in Samuel, my husband, as a long standing public servant," Ruiz said in a statement."I know during the campaign he conducted himself in an absolutely appropriate and professional fashion. I am confident as this process plays out that this conclusion will be reached. I continue as State Senator, to work with all agencies involved to reach a conclusion to the situation, while I continue to serve the citizens of my district."

Today's indictment charges Gonzalez, 39, and Joaquin Caceres, 50, both of Newark, withtampering with documentation for absentee ballots.

"I've known Samuel Gonzalez for several years and he has been a valuable member of my office since I became Councilman," Ramos said in a statement."I support him through this difficult time and look forward to a speedy resolution to this matter."

Caceres is a senior program development specialist on the Newark mayor’s staff.

Kowalski works in fund-raising at the North Ward Center, and Cruz and Fernandez both work for the Essex County Department of Economic Development.

According to the release from the Attorney General's Office, each of the five defendants is charged with conspiracy (2

“We charge that these campaign workers fraudulently submitted absentee ballots on behalf of residents who never received the ballots or had an opportunity to cast their votes,” said Attorney General Milgram. “Election fraud is a serious crime, particularly when voters are disenfranchised.” 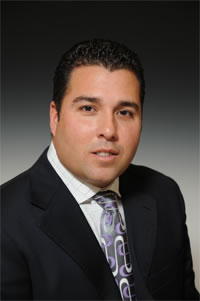