A memorial service for school choice activist and former U.S. Senate candidate Dan Gaby will be held at noon Thursday at St. Matthews A.M.E. Church in Orange. Gaby passed away on December 10 after a protracted fight with pneumonia. He was 75.

Former Gov. Brendan Byrne and State Sen. Raymond Lesniak (D-Elizabeth) are expected to be among the speakers at the service, which will be held at the church of the Rev. Reginald Jackson, who served with Gaby on the board of Excellent Education for Everyone (E3), an organization committed to school vouchers.

Gaby spent many years as a political activist, and played leadership roles in the New Jersey campaigns of Eugene McCarthy in 1968 and Jimmy Carter in 1976 and 1980. He unsuccessfully sought the Democratic nomination for U.S. Senate in 1972, losing the primary to former U.S. Rep. Paul Krebs. Krebs lost to incumbent Clifford Case by 780,000 votes.

As the head of one of the state's largest advertising agencies, Keyes Martin Gaby, he helped create the "New Jersey and You: Perfect Together" tourism campaign, as well as writing the Shoprite "Can Can" song. He served on the state Board of Education, on the Rutgers University Board of Trustees and Board of Overseers, and as Vice President of Essex County College. 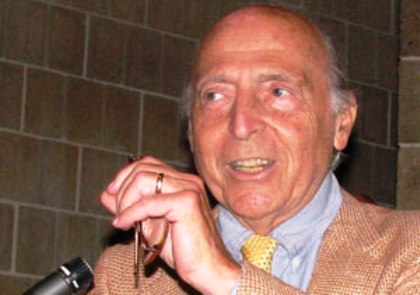