Lyndon Johnson's 1964 landslide helped Democrats capture a congressional seat that had been held by the GOP since 1938 – a race that would ultimately effect the political career of Daniel Gaby, a veteran activist and advertising executive who passed away yesterday after more than forty years in the New Jersey political arena.

The suburban Essex-based district was among the most reliably Republican House districts in the state. In swung to the GOP in the 1890's, went Democratic in 1910 and 1912 (the years Woodrow Wilson headed the ticket as a gubernatorial and presidential candidate), and then stayed Republican until 41-year-old Caldwell lawyer Frank Towey unseated eleven-term Republican Frederick Lehlbach in 1936, the year President Franklin Roosevelt coasted to re-election in his bid for a second term.

In 1938, Robert Kean, the father of the future governor, ran against Towey and beat him 55%-41%. Kean held the seat for twenty years, until leaving the House to run for the United States Senate in 1958. His successor was Republican George Wallhauser, an investment broker and former Maplewood Township Committeeman, who beat former Irvington Municipal Court Judge Thomas Holleran by a 53%-45% margin for the open seat.

Wallhauser survived a tough challenge in 1960 from 32-year-old Democrat Robert Peacock, the former state Young Democrats Chairman and the Deputy Commissioner of the New Jersey Department of Banking and Insurance. Peacock held the incumbent to a 50%-48% win; in 1962 rematch, Wallhauser won 53%-47%. By 1964, Wallhauser had enough and retired.

The Republicans nominated Essex County Surrogate David Wiener, who had won a countywide race by 18,000 votes in 1959, even as Democrats were winning Freeholder and Assembly races. Democrats passed over Peacock, who had now lost four bids for public office, and gave their nomination to labor leader Paul Krebs, the former president of the New Jersey State Congress of Industrial Organizations (CIO) and the president of the New Jersey United Auto Workers (UAW) Council. With Johnson beating Barry Goldwater by a huge margin, Krebs defeated Wiener 52%-46%.

Krebs became a one-term Congressman when redistricting eliminated his seat so that South Jersey could gain a House district as New Jersey sought to comply with a court-mandated reapportionment. Democrats, who controlled both houses of the Legislature, agreed to drop Krebs because the other two Democratic Congressmen from Essex County, Peter Rodino and Joseph Minish, had more seniority. The new district was won by Republican John Hunt, a conservative State Senator from Gloucester County; Hunt was beaten by James Florio in 1974.

As a consolation prize, Gov. Richard Hughes appointed Krebs to serve as Director of the state Office of Consumer Protection. Krebs held that post until the election of a Republican governor three years later.

In 1972, Krebs agreed to become a sacrificial lamb in a race against popular Republican U.S. Senator Clifford Case. He won the Democratic primary 43%-28% against Gaby and two others. In an October poll conducted by the Eagleton Institute of Politics at Rutgers University, Krebs' statewide name identification was less than 5% — a number that pollster Stephen Salmore said at the time was within the margin of error. Case beat Krebs by 780,000 votes, 63%-35%. That was the last U.S. Senate race won by New Jersey Republicans.

Krebs made one final bid for public office, seeking the Democratic nomination for Congress in 1974. The eleven-term GOP incumbent, Peter Frelinghuysen, was not seeking re-election in a district that went from Livingston and Millburn in Essex County, through parts of Morris and Somerset counties, into Princeton. Democrats declined to back Krebs and gave their support to Frederick Bohen, a 37-year-old public television executive and former Johnson White House aide. Bohen easily beat Krebs and three other challengers in the primary, but lost the general election to Republican Millicent Fenwick.

One more footnote: Bohen's campaigns against Krebs and Fenwick were managed by Timothy Carden, who later became state Human Services Commissioner and was the Democratic challenger to U.S. Rep. Michael Ferguson in 2002. 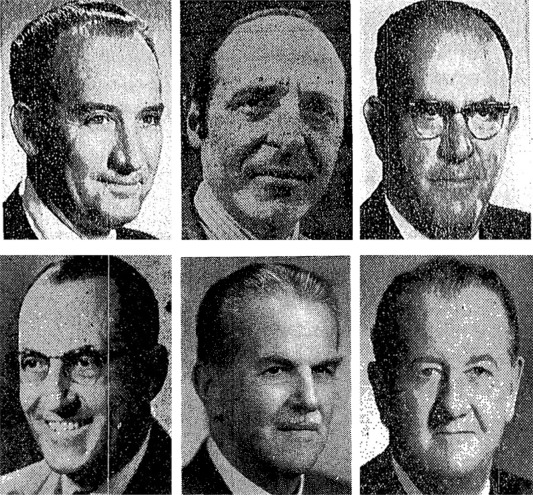