Dr. Felix Roque runs his own pain relief center in his hometown of West New York, a service he says he now wants to extend into the political world as he eyeballs City Hall and plans to extract Mayor Silverio "Sal" Vega from power.

"When I see a car accident, I stop and administer first aid, that's what I've been trained to do," says Roque, who claims he easily has the required petitions to force Vega's hand in calling a special election midway into the mayor's first full term of office. "He's not competent enough to be the mayor."

By the end of Monday of next week he intends to submit 30,000, or 6,000 signatures for each oneof fiveseparate petitions.

"This is a herculean effort," the 53-year old Roque told PolitickerNJ.com. "Wewere ready to hand them in before Thanksgiving but we didn't want to bombard town hall and the workers there either on that Friday or Monday."

Not surprisingly, Vega's people regard Roque's efforts as the desperate machinations of a political neophyte.

"This recall has been a massive fraud from the start," said Vega spokesperson Paul Swibinski."Hundreds of voters have already signed affidavits stating that they were tricked into signing recall petitions under false pretenses – many believing that they were signing for lower taxes. Since the next regular election will be held in May of 2011, holding a recall election in 2010 would be a senseless waste of hundreds of thousands of tax dollars.

"Mayor Vega and the commissioners are reforming town government, cutting costs, significantly reducing the town payroll, saving police jobs and working to lower taxes," Swibinski added."They hardly heard of Dr. Roque before he moved into West New York a short time ago and they are not at all concerned about his farcical recall campaign."

Anative of Cuba who came to this country at age 11, a commander in the U.S. Army who joined that branch of the military in 1976 and now has two sons planning military careers, Roque prides himself on discipline and spirit de corps, qualities he says Vega lacks.

"The mayor is very abstract and doesn't do things in anormal thinking pattern, which suggests to me that he'snot mentally competent," said Roque, who cited tax increases of 47% in two and a half years and the mayor's cavalier suggestion at one point to fire22 police officers.

"He has no leadership qualities, does not feel the pulse of the community, and has forgotten how to be a public servant," he added. "I'm the kind of guy, whenI see things are not proper,I raise my hand. What really got me upset is when I was writing prescriptions for patients who can't afford to pay their tax bills."

Following the petition deadline of Dec. 7th, Roque says he anticipates validation within ten days and, subsequently,a special election scheduled by Vegasometime at the end of January or early February.

Of course, Roque would prefer an outright surrender from his adversary.

"I'm hoping when he sees the petition signatures that Mayor Vega says, 'You won,' andgives up," says the doctor."If he fights, he will lose,but as a military manI plan for all the contingenciesand I do have a plan of action. The more logical thing for him to do is say, 'Enough is enough,' butit'sentirely possible logic won't prevail,especially since the mayor haspeople around him making outrageous salaries. He's just a puppet for the people who surround him."

As a friendof next-door-neighbor Stack, who serves as Union City mayor in addition to 33rd District senator, Roque knows Vega's political inner sanctum will try to project a portrait of him as little more than an instrument of the Union City powerhouse'sdesire to eradicate Vega.

Stackdemolished Vega in their 2007 senate showdown.

A Roque win with Stack's backing would signify even more muscular development for a political figure already too muscle bound for the good of the district, according to Vega diehards.

But Roque says such a critique is ridiculous.

"Idon't believe Stack is going to try to manipulate me," he says. "I have a lot of respect for Stack, (Weehawken Mayor Richard) Turner,(North Bergen Mayor Nick)Sacco and the congressman (Albio Sires). I believe they will guide me.Mayor Stack'sgoing to help us build a better education system in West New York."

As it is now, Vega and Stack don't have a relationship, and Roque blames Vega.

"You cannot function by being a separatist," he says. "As mayor, I will get better deals on fixing the roads, a lot of things you can do together. I'm a team player. I've always been a team player. That's whatI tell my soldiers, the 200 soldiers under my command. Mayor Vegadoes not get along with Mayor Stack, whois also the state senator. If you can't get along, how can you succeed?

"Idon't think Stack's ability to be a senator is weakened by his position as mayor of Union City," Roque adds."From whatI know of Stack, whatI see of him is he is a very bright person who is 100% behind the people of Union City – and West New York. You can see his actions everywhere.A month ago I got a call from one of my patients. She had bedbugs.I was going to help her, but thenshe called and told me the mayorbroughther a mattress.This was a West New York woman. I thought to myself, 'Vega's doing pretty good, right?' But it wasn'tVega. It was Stack. Stack was the mayor who helped her. Stack does more for West New York than Sal Vega ever did." 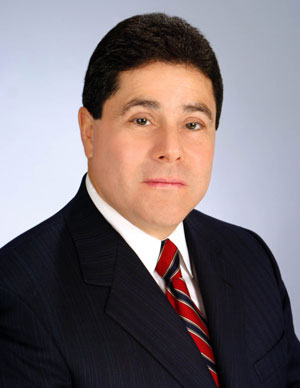