Cooper says that Angelini, a lawyer who has represented various government entities, is an independent contractor who did not qualify for pension contributions from his payroll checks that acted as though he was an employee.

"The Pension benefits associated with his enrollment are worth hundreds of thousands of state dollars," Cooper said in a statement released today.

Cooper said that her office collected evidence that Angelini assigned associates from his law firm to perform legal work "for which he was paid and gained pension credits," and found that government entities paid legal fees to his firm through their payroll so that the veteran Democratic party leader could earn pension credits.

According to pension records cited in the report,Angelini was simultaneously retained by as many as seven government entities at once, with a total "salary" of $213,000.

At the beginning of 2008, when a new law took effect clarifying that those who provide work to public entities under a professional services were ineligible for the pension system took effect, Angelini attempted to cash in his pension, by then estimated at over $100,000 per year, but the request was held pending a review.

Angelini told the OIG that in his view, the statute did not merely clarify the law, but actually changed it.

"Notwithstanding what the new law may have meant to his past positions, it was clear to Angelini that going forward, he was ineligible for pension credits for the professional services he as providing to government entities," reads the report. "At that point, he decided that it made sense for him to apply for retirement benefits and he did."

The OIG report says that Angelini got towns to put him on the payroll by using "novel and contrived arrangements, often proposed by him."

"It is reasonable to conclude that these payment structures were utilized to provide Angelini unwarranted pension benefits," reads the report.

Angelini did not bother to show up to required meetings for several of the public positions he held, often handing the work off to other employees in his firm, Angelini, Viniar & Freedman, despite being paid a salary.

For instance, Angelini told investigators that he took the role of municipal prosecutor for Clayton (population 7,000) because he liked being a prosecutor. But he seldom showed up for court proceedings there, usually delegating them to a subordinate at his law firm. Records kept by the borough between 1999 and 2003 show him present at just two of 114 court proceedings. Members of his law firm showed up for the majority of those, but not always. As of 2003 — his last year as the Clayton municipal prosecutor — the borough paid him a salary of $7,964.

In addition to the Attorney General, the OIG has sent a copy of their report to the state Division of Pensions, and to the Office of Attorney Ethics. 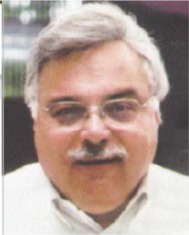