The man who took on former Alabama Gov. George Wallace over integration at that state's flagship public university has lent his voice to the New Jersey marriage equality movement.

Former U.S. Attorney General Nicholas Katzenbach — a Princeton resident who was the nation’s top law enforcement for two years in the mid-1960s – expressed his support for gay marriage in an open letter to state senators.

"It is always the right time to do what is right,” wrote Katzenbach, 87. "And sometimes it takes courage and understanding to do so. Marriage equality legislation is the right policy to support. In our hearts we know that."

The image of Katzenbach confronting Wallace in front of an auditorium at the Universtiy of Alabama became an icon of the civil rights movement. Wallace’s stand, meant to symbolically resist the enrollment of two black students at the university, was later dubbed the “Stand in the Schoolhouse Door.”

The Senate Judiciary Committee last night narrowly passed the marriage equality bill on to a full vote in the state senate, which will take up the legislation on Thursday.

I support and urge passage of the marriage equality bill.

I am fortunate in my own marriage of almost 64 years to a woman I love. I, like many older people, grew up in a society which disdained homosexuality and socially ostracized those who practiced it. I know it is difficult for many to put aside those feelings and support different relationships. But I believe there can be genuine love and affection for another of the same sex and I see no reason not to support those feelings or to seek to impose a different set of values in what amounts to a social bias. Love in a world of danger and difficulties is worth our wholehearted support and we have no right and no interest in imposing outdated social views on others.

It is always the right time to do what is right. And sometimes it takes courage and understanding to do so. Marriage equality legislation is the right policy to support. In our hearts we know that. 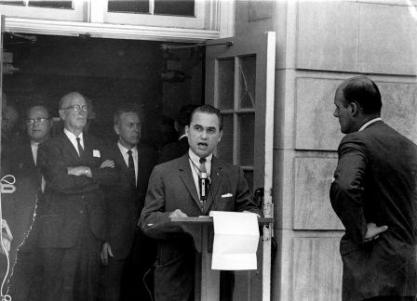