TRENTON – Burnishing her administrative trainingand city council service as arguments for why she's best poised to revitalize Trenton,West Ward Councilwoman Annette Lartigue put the formal punctuation mark on her campaign for mayor at the Marriott on Saturday night at a well-attended holiday ball.

"We're going to run a people's campaign," said Lartigue, who stood with her family at the front of the room. "The poet Maya Angelousaid: 'All great achievements require time and trust.' I ask you now for that partnership of 'time' and 'trust,' with whichI believe we canfurther realize the potential for great achievements in and for this city. We can make it happen with the strength and hope of every resident in this city. We must work together to reach every resident, hear every voice and provide every opportunity within our power for the betterment of our community.

"To you, my fellow Trentonians, Ipledge that my administration will work hard to both earn and honor your trust. We will continue in the spirit of the (West Ward Advisory Board)to meet monthly with residents to share and dispense information."

The third-term councilwoman, a Trenton native, Trenton High School graduate, and chief of Administrative Services for the Mercer County Board of Social Services, promised to run a "clean, issues-focused campaign."

"We are what Trenton needs to get through this transition and the difficult times ahead," Lartigue told the crowd scattered among circular tables. "Let's get this party started. Let's rock Trenton."

The councilwoman led the way onto the dance floor as music flooded the room.

Lartigue officially announced last weekthat she was getting in the race to succeed Mayor Doug Palmer, but last night's ball – which doubled as a fundraiser -was the formallaunch. 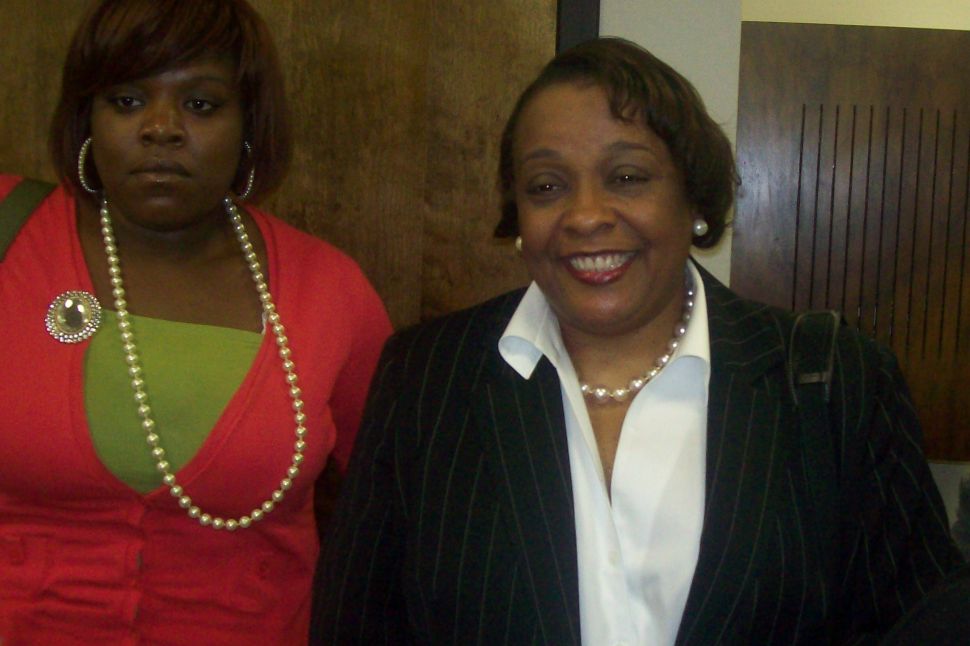