It took bureaucrats more than 2 ½ years, but the New Jersey Legislature has finally dedicated plaques in the statehouse to honor two African American trailblazers.

P.L.2007, c.64., signed into law by Governor Jon Corzine on April 4, 2007, directed the Secretary of State to commission plaques commemorating Hutchins Inge, M.D. and Walter Gilbert Alexander, who were the first African Americans to win election to the New Jersey Senate and General Assembly, respectively. The legislation, which had primary sponsorship from both parties and in both houses, included an appropriation to play for the plaques.

Alexander, a Republican who was elected to the State Assembly in 1920. The son of former slaves, Alexander was born in Virginia in 1880; he went to college at age sixteen and then to medical school. Alexander moved to Orange to build a medical practice and became involved in local politics. He ran unsuccessfully for the State Assembly in 1912 on the Progressive (Bull Moose) Party ticket with Theodore Roosevelt, and won in 1920. He went on to serve two terms in the Legislature and then spent many years on the state Health Commission. He died in 1953.

Inge, a 64-year-old Newark physician, became the first African American to serve in the New Jersey State Senate. Inge was elected in 1965, after the U.S. Supreme Court's one-man, one-vote decision increased the size of the Essex County Senate delegation from one seat to four.

Republicans thought they had scored a candidate recruitment coup when they convinced William Tompkins to be one of their candidates. The 52-year-old Tompkins first won an Assembly seat in 1949 and left the legislature when President Dwight Eisenhower named him United States Attorney in 1953. The founder of Tompkins, McGuire, Wachenfeld & Barry, which remains one of the state's top law firms, both parties viewed Tompkins a heavy favorite to capture one of the new Essex Senate seats created after the U.S. Supreme Court's one-man, one-vote decision. He was running on a ticket with incumbent Robert Sarcone, a 40-year-old rising star who had served as Assembly Minority Leader and had toppled a Democratic incumbent two years earlier, Irwin Kimmelman, a 35-year-old freshman Assemblyman who would later serve as state Attorney General and as an Appellate Court Judge, and with James E. Churchman, Jr., a Newark funeral home director and the state's first African American GOP State Senate candidate.

Inge was a last minute addition to the Democratic ticket. The Essex County Democratic Chairman, Dennis Carey, wanted an African American to balance a ticket that included Irish, Italian and Jewish candidates. His first choice was Eulis "Honey" Ward, the Central Ward Democratic Chairman and later the Deputy Register of Deeds and Mortgages, and he actually appeared in a photograph of the ticket sent to several newspapers — but some last minute vetting by Democrats made them decide to pick another candidate after the filing deadline. 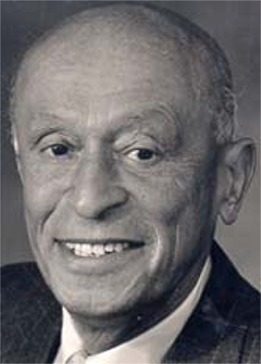