The government architect of the era that saw Long Branch transition from a burned down fishing pier where the Haunted Mansion once boomed itsorgan chords across the waters- to a high end shopping and eating district bounded by beachfront high-rises, Long Branch Mayor Adam Schneider said he's running for re-election next year.

"Igot one more in me – we're making too much progress on the pier,"said the veteran, who's coming up on his 20th year in office. "I have a fundraiser this Thursday night. I like campaigning. I live here, work here. My business is here. I'm out there anyway.I go to more events than anybody else. The difference of a campaign is the nights you don't have an event, you got to knock on doors."

If the mansion was already long gone – burned down in a so-called ocean fire in 1987 -Long Branch'sbygone age came back to haunt Schneider most dramatically in 2006, wheneminent domain issues impacting redevelopment of the historic waterfront madehim not only controversial wharf side – buttoxic in Trenton Democratic Partycircles leading up to his run for a fifth term.

"They threw me under the bus, butI created more jobs than he did," Schneider said of lame duck Gov. Jon Corzine and the power structure, whichhe said rejected him at the pier redevelopment's most critical stage."There are more people working inLong Branchas a result of the development. Look, I walked down to the beach this weekend – this is in December – in the rain – and there werepeople shopping and eating.This is a governor whocouldn't even send someone down here tocome andlook at how we did this.

"If (Republican Gov.-elect Chris) Christie does a little more than Corzine,I might come to like him," added the 55-year-old attorney by profession."Bottom line is the governor can't stay in Trenton and figure out what's going on. They want redevelopment and revitalization, they need to come to Long Branch.

"I haven't heard anything from Christie as of yet,"added the mayor of thisurban endzone of 32,000 people that bumps up against the Atlantic Ocean."One thing isIwish he had not taken the stand he did on binding arbitration.Jon Corzine's chief failing was his failure to listen to mayors tomake our lives easier. You want to make my life easier? You want to do something as governor tohelp theurban areas? Do away with binding arbitration. My most expensive employees – my firemen and cops – you do away with that, and you've done something for me.But he said right off the bat he's not going to go after binding arbitration. You want to do something? Now go prove it. Anyway, it's going to be hard, no matter who's in there. Butwe had no love for Corzine."

There will be a contest, but he said he hasn't yet identifiedhis 2010 challenger.

"Any mayor who's tripled people's taxes, seizedtheir property and been there for 20 years, is vulnerable," said Unger political spokesman Pat Politano, who called the mayor a Democrat in name only.

Schneiderknows the economic climate isn't optimal for incumbents, but he's fairly confident he gritted through the worst of it. Again, his toughest contest to date was 2006, when the blowback from eminent domain concerning property that developers crafted into Beachfront North Phase II put him in a race he won by ten percentage points.

The mayorwon his two prior contests by 40 points apiece.

"Until then, if we had a groundbreaking ceremony, the governor and everyone else fought to get in those pictures but when the local newspapers came after us 11 years into the project and said we were running amok from 2004 onward – we essentially became socially unacceptable. I was obviouslyradioactive.But Igot re-elected with this being literally a national issue with the local newspaper running a series about eminent domain abuse highlighting me."

Famously and perpetually clashing with onetime friend U.S. Rep. Frank Pallone (D-Long Branch, chair of the Democratic Party in the Green Wave city), Schneider said the voters' affirmation of his leadership on the Pier Village project and its accoutrements validates what he's striven to deliver.

He hears the criticisms.

He knows handfuls ofblue collar diehardswho remember going to Max'sright on the and playing Zaxxon and Berserk in the arcades now feela sterile creepiness as they approach the beach-hugging pleasure domesof Pier Village.

But he vigorously defends the project against that public perception of the beachfront as a luxury-level blot-out of Long Branch's unique middle class entertainment roots.

"What we do to offset that (perception) is if you want to go out to eat there you can spend as much money as any place in the state in any of the elegant places – or walk across the street and get a slice of pizza and a coke; get a cup of coffee and a sandwich," Schneider said."We made a conscious effort to give you food at various price points. Look, the beach was pulling $150,000 in revenues. We just this year hitunder a million in beach revenue within a minute of Pier Village. Peoplewant more expensive restaurants? Fine. But there'sa ton of free entertainment down there.We have about 35 free events down there. Concerts. Movies.You can go down there andnot spend a dime – or spend as much as you want.

"The point is we realized we had to getaway from a 90-day economyand getit away from the arcades," he added."When we sat down with the planner, we saw that the idea that we were going to re-create the old boardwalk wasn't going to work. We wantedto create an atmosphere where businesses were going to survive in the winter. Look at the place.Most of the businesses have been there since 2005. There's been turn-over, but look at the economy. The point iswe don't want to be a place that caters to teenagers."

And if there are nomore organ notes mixing with the waves,"We hit on a blend that appeals to a lot of different groups."

But with Unger poised to challengeSchneider next year, that's not to say there won't be jarring notes. 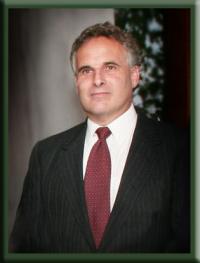