Al Santoro, the Executive Director of the Ocean County Democratic Party, pleaded guilty today to federal corruption charges, admitting that he took cash payments from a cooperating witness in exchange for promising to introduce him to public officials.

Federal prosecutors said that Santoro's prosecution is connected to Operation Bid Rig, which resulted in the arrest of 44 individuals last July.

Santoro admitted that he accepted a $5,000 bribe at a Toms River restaurant last May. He said he could help obtain development approvals on a property in Waretown, a section of Ocean Township. The public officials were not named in the criminal complaint against him, although it says Santoro promised to arrange a meeting between the cooperating witness and a State Assemblyman from the ninth district. Daniel Van Pelt, a former Ocean Township Mayor, was among those officials arrested last summer; he subsequently resigned his Assembly seat.

Santoro served as Ocean County Democratic Chairman from 1985 to 2002 and serves on the Ocean County Board of Elections.

"The Ocean County Democratic Organizationisdeeply disappointedbytheactions of former DemocraticChariman/Executive Director Al Santoro reportedly in association witha Republican9th District Assemblyman," the party organization said in a statement released today. "Thissort ofillegalactivity is a betrayal of the public trust and the principles ofour party and is unaccepable tothe organization. Mr. Santoro should step down immediatelyfrom any and all public positions." 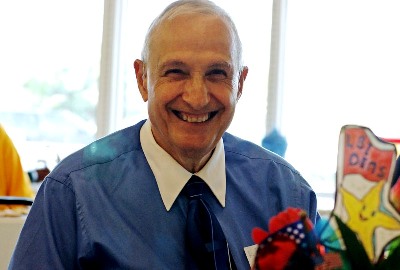