The real pain is upcoming – and will affect just about everyone, says the former mayor of Atlantic City; for although Corzine's a few day from gone, the same budget deficit craters in the consciousness of everyone inand around the purse strings of Trenton.

"The sense I have from (Gov.-elect Chris Christie) is that he recognizes the dire financial straits the state is in," Whelan told PolitickerNJ.com. "He's not going to raise taxes, so there's going to be a lot of pain. Certainly we're hearing more aggressive rhetoric than Corzine, butregardless of who's governor, you're looking at an $8 billion structural shortfall, or over 25% of the state budget. Everything across the board is likely to see reductions. Folks in my district are very worried and very nervous about the impact on charity care and pre-k monies. Iwish I was in a position to tell them it won't be that bad."

Whelan said he's relieved that Atlantic City – historically left out ofeconomic stimulus bills because of the impact of the gaming casinos – can partake of the state's neighborhood revitalizationand rail hub programs as a consequence of this legislative session; significant measures, he says, in an environment in which casino intake is down 20%.

Buthe still anticipatesa bloodletting, which at the very least will diffuse the possibility of local political conflagrations.

A veteran of political warswaged againstAtlantic City Mayor Lorenzo Langford, Whelan said the two men – mayor and senator – are committed to working together. "When you have economic situations like this, there's nothing to fight over," he said.

"As long as the protections in terms of church and state are there, I'll vote for the bill if the bill is in frontof me," he said."I'm not going to vote against it. It's notan issue I've spent a lot of time and energy on; again, I'mlooking atways in South Jersey and around the state to promote jobs andeconomicfairness."

As a member of the Democratic caucus who voted with the majority for his fellow South Jerseyan Sweeney over Senate President Richard Codey (D-Roseland), thereby turning the tide of senate leadership from North to South, Whelan admitted, "Itwas difficult for a lot of us. Ilike and respect Senator Codey and Senator Sweeney.At the end of the day, you have to make choices. My concern of having someone from South Jersey in one of three dominant leadership positions was key factor but i'm not the only one who had mixed feelings about this. Senator

Codey did the state a great service during the year plus when he sat in the governor's chair."

As for governor 2013, Whelan said there's nochance of him running.

"I'm honored to serve in the senate," he said." don't have plans to spend the next three and a half years running for governor. You've got to start early, frankly, as Christie did. Iknow he was in theU.S. Attorney's Office but the groundwork was certainly being laid." 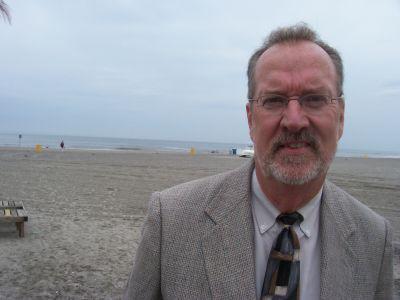