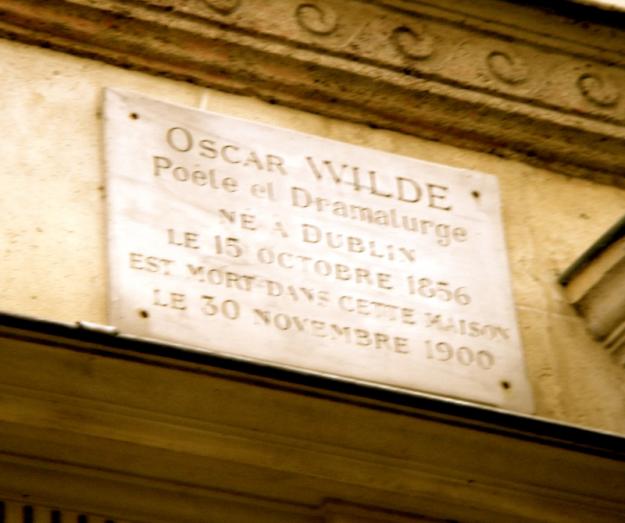 As he lay ill in the chamber of a Paris hotel, Oscar Wilde issued the famous ultimatum: “Either that wallpaper goes, or I do.” Wilde went. The wallpaper stayed. It was a curious lesson in mortality, one Wilde may, perhaps, rather not have learned. Across the Atlantic, on the isle of Manhattan, wallpaper continues to immortalize both those who live within its confines and those who create it.

In one of the bedrooms of cartoonist Larry Katzman’s former residence at 101 Central Park West, listed for $8,600,000, one wall is covered with a larger-than-life Coppertone pinup. According to Donna Olshan, the broker representing the apartment, when Mr. Katzman’s son John was a teenager in the 1960s, he was obsessed with the Coppertone girl, who, Ms. Olshan explains, “was the Christie Brinkley of that generation.”

The industrious adolescent called both Coppertone and the advertising agency to try to procure a print of the ad, but neither company returned his calls. Finally, John took a bottle of his father’s best Scotch and took it downtown to the billboard company responsible for postering the ad. An employee of the billboard company gladly traded the Scotch for a copy of the billboard print. His father said he then hired a “wallpaper guy to plaster up” the enormous poster—the print is about 22 feet wide by 9 feet high—to his bedroom wall. The Coppertone guardian angel kept watch over the Katzmans, and it was in that bedroom, under her oversize belly button, that John Katzman conceived of, and started, the college prep giant The Princeton Review.

The “historic wallpaper” lining the walls of the penthouse at 8 East 68th Street is a panoramic pattern called the “Isola Bella,” printed by the French wallpaper and fabric company Zuber. The three-bedroom, 3.5-bathroom duplex penthouse in the historic mansion is listed by Corcoran at $5.695 million. Zuber has been producing woodblock-printed wallpapers since 1797, using original woodblocks engraved during the 17th to 19th centuries. The company boasts: “What is so exceptional about it is the level of artistry and the sense of magic that goes into each of the designs in its series. Zuber paper always tells a story in exquisite detail and magnificent color. Throughout its history, Zuber’s designs have papered the dining rooms and living rooms of kings and tycoons.”

Which is no surprise considering that a 12-foot-square section of the astronomically expensive wallpaper costs a minimum of $10,000. - Chloe Malle 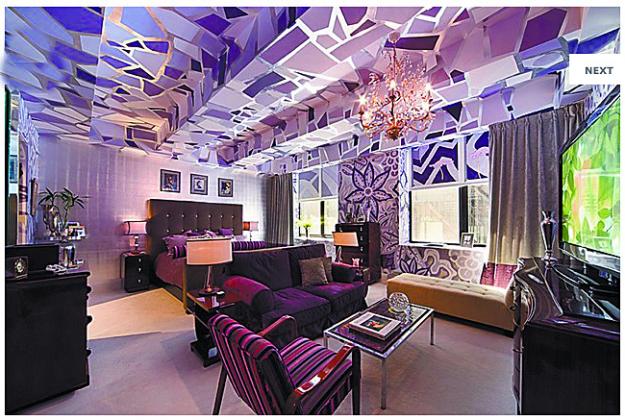 The geometric, crenelated ceiling was painted by hand. 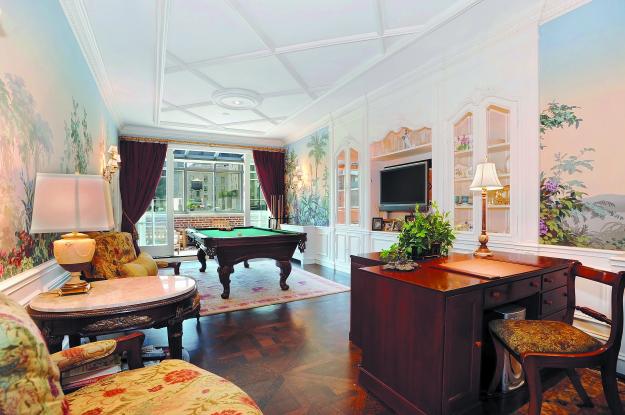 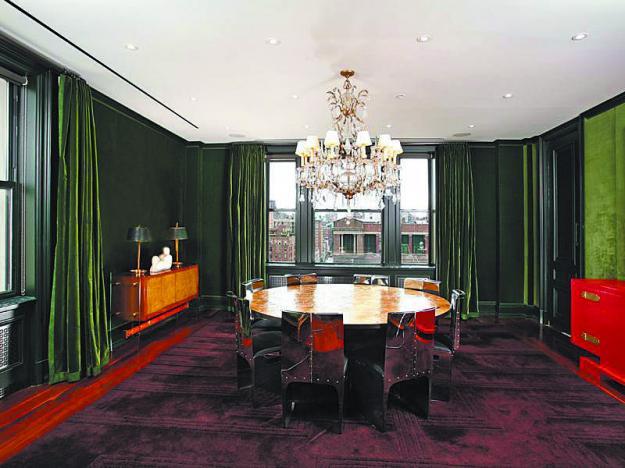 The velvet room is lined with hunter green velvet on all four walls and on the matching curtains. 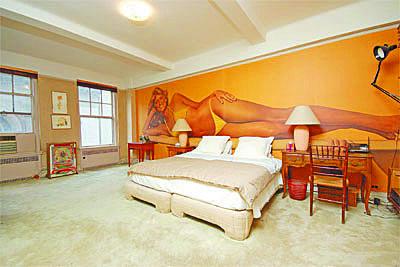 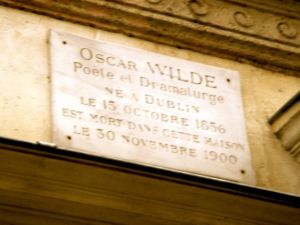 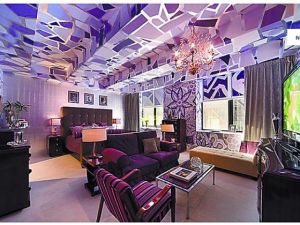 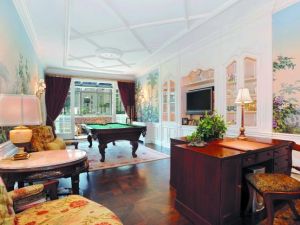 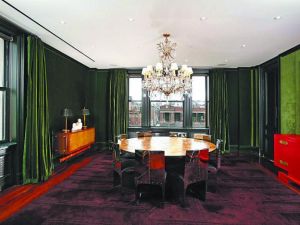 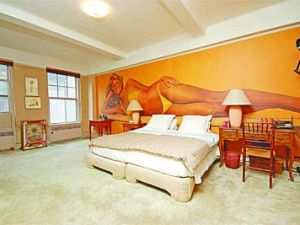