Satz began his public career as a deputy state Attorney General under Gov. Robert Meyner and was just 35-years-old when President John F. Kennedy nominated him to serve as U.S. Attorney.  He held the post until 1969, when Republican President Richard Nixon was preparing to nominate Frederick Lacey as federal prosecutor.  He joined a Newark-based law firm where he partnered with Samuel Saiber, a former GOP Assemblyman. 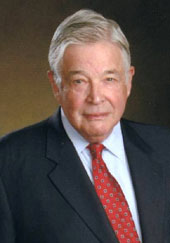