BRIDGEWATER – Businessman and Democratic Party fundraiser Zenon Christodoulou is considering a 2010 challenge to U.S. Rep. Leonard Lance (R-Clinton) in the 7th District, according to party sources.

"He would bea high qualitycandidate," said Peg Schaffer, chair of theSomerset County Democratic Organization. "He is a businesman and family man with a deep understanding of economics andtrade and a personal committment to people and economic fairness."

"Ithink he would be a great candidate, to be honest with you,"affirmed ManvilleDemocratJoe Lukac, a former borough party chair."He's a very honest person with a lot of integrity. At this point,Leonard Lancedoesn't have anything to say in his defence. He promisedus $1million in aid and delivered $150,000 to Manville this year. He's got a lot more to prove.

"The way I look at it, Zenon's a go-getter," Lukac added. "He's the type – likeAngelo Corradinowas when he was mayor of Manvillle – who if he can't get what he wants at the state level, he'll get on a train or plane and go to Washington D.C. to get it. Zenon's the type who wouild make a point of fighting."

Contacted by PolitickerNJ.com, the 45-year old Christodolouissued a brief statement,saying only that he wants todo "whatever he can to help the country."

Without commenting directly on a question regarding his interest in the 7th District Congressional seat,the self-described conservative Democrat said,"I am fundamentally concerned with restoring America's greatness in the world.

"In my lifetime, America has been the leader of the free world, my family andI have personally felt that profoundly and I want to do whatever I can to help this countrymaintain its rightful place as a protector of freedom and opportunity."

Democrats in attendance at aMonday night fundraiser for U.S. Rep. Bill Pascrell (D-Paterson) at Nanina's in the Park buzzed with talk of Christodoulou, aformer member of The Group, a collection of partymembers whoraised money for the 2008presidential candidacy of Hillary Clinton.

Born in Springfield to a leader of the Greek Orthodox Church, the late Christopher Christodoulou, the vice chairman of the Somerset CountyDemocraticCommittee runs a family business based in Garwood,owns a restaurant,andteaches business atWilliam PatersonUniversity whilecompleting his PhD thesis in the same discipline at Pace University.

"Zenon's entry into the race would give us an excellent chance next year," said Schaffer, whowants to confer with the chairs of the other counties contributing tothe 7th District (Hunterdon, Union, and Middlesex).

So far, Fanwood Mayor Colleen Mahr is not ruling out a run, andSchaffer has not yet spoken to Union County Party Chair Charlotte DeFilippo. Butwhile stopping short of endorsing her vice chair,Schaffer saidshe would not rule out aDemocratic Primary next year to find the best challenger to Lance.

Heralding him as a rising star in the party who has proven his mettle as an amiable and effectiveparty fundraiser, Democratic Party insiders worry about Christodolou's prospects of facing the moderate first-term incument at this point in time, in an economic downturn as President Barack Obama's poll numbers dive.

The jolt of energythey received from Obama last year turned into a flatline situation here in November, as Gov.-elect Chris Christie and his GOP allies clobbered Democrats in nearly every down ballot contest.

While alert to the absence of women in New Jersey's Congressional delegation (the 7th wasfrom 1981-1983the territory of Republican U.S. Rep. Marge Roukema of Ridgewood beforeredistricting),Karen Carroll, chair of the Bound BrookDemocratic Committee, told PolitickerNJ.com she believes Christodoulou would be a good candidate.

"He's very intelligent and very active in the party – and fundraising is an important component of this," said Carroll, who herself ran for Congress in 1994 as a challenger to then-U.S. Rep. Bob Franks, losing 39-60%, she said, in part because her campaign ran out of cash.

Over the course of the pastthree decades in the 7th District, the two Democrats who came closest to defeating Republican incumbents were two Fanwood women: fomer Mayor Maryanne Connelly (who in 2000 lost to then-U.S. Rep. Mike Ferguson 46-52%), and Stender, who in her first challenge in 2006 lost to Ferguson 48-49%. 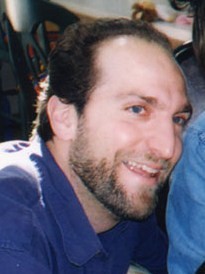