On Tuesday night, 25-year-old Springfield Committeeman Ziad Andrew Shehady is set to become the state’s youngest mayor – at least he thinks so.

“I’ve been doing a little bit of research on my own just to see. From What I see, I am,” said Shehady, who acknowledged that it’s hard to be certain of that in a state that with 566 municipalities.

Shehady, who was elected as a committeeman in this town of 15,000 in 2007, did not run himself this year but managed the campaigns of two successful Republicans candidates: Jerry Fernandez and Marc Krauss.  Those victories shifted control of the town from 4-1 Democrat to 3-2 Republican – the first time the GOP has had a majority there almost two decades.

The Springfield committee chooses the town’s mayor – or, technically, its chairman — from among its members. Shehady will be sworn in by Lt. Gov.-elect Kim Guadagno.

Shehady, a member of the Army National Guard and former legislative aide to the late Assemblyman Eric Munoz (R-Summit), was 23 when he first took office.  He said that his age doesn’t seem to be an issue to most town residents, and that some even said they voted for him to get some young blood on the council.  It has been a problem with the town administrator, however, who is retiring within the next few months.

“When I try to tell him something, he just looks at me like ‘Who are you?,” said Shehady. “That’s when I go to who will be the deputy mayor and say,’’Well, he’s going to listen to you more than me.”

Shehady plans to nominate current mayor Bart Fraenkel, a Democrat, to be that deputy mayor.

“He and I are going to be the two individuals on there with the most time on the committee,” he said.  “I don’t want to play politics either and put one of the new guys on there as deputy mayor.” 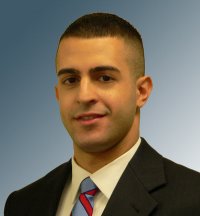