Whether either one sticks in the end or not, at least two names continue to circulate as potential successors to embattled Hudson County Democratic Organization (HCDO) Chairman Jerramiah Healy, whose two years at the helm get assessed next June – a year in front of legislative and freeholder elections.

The first and much more wildcard possibility is Union City Mayor Brian P. Stack, whom core HCDO insiders refuse to accept as a serious prospect.

There are probably others – everything’s in flux now because it’s early, and no one has any evidence that Healy, from his power projection platform as mayor of Jersey City, won’t in the final shakeout among the county’s 12 mayors prove the most logical leader capable of uniting Hudson’s various strands.

“That’s always been up to the mayors,” said Healy, who won his re-election handily in May but in the succeeding months watched members of his political team gobbled up in a federal corruption sting.

“If they want me to do it again, I’m willing to do it again,” added the mayor/HCDO chairman. “If they don’t, I’m not going to fight. I don’t know that there is a great human cry to get rid of me.”

But sources – and columnist Augie Torres first reported this last week in the Jersey Journal – say no less than U.S. Sen. Robert Menendez (D-Hoboken) would be open to Stack in the command chair as the U.S. Senator prepares for his 2012 re-election in an atmosphere now made more troublesome for Menendez by the invigorated presence of Gov.-elect Chris Christie.

When he led the party in Hudson, Menendez was the kind of down at halftime chair who could throw one if he had to – and did on at least one occasion.

On the face of it, Menendez putting his old antagonist in charge has the dangerous appearance of rival empowerment.

Stack’s people, too, are cautious.

But insiders – some grudgingly – say not only are Stack’s political organization skills unquestionable – he crushed the HCDO two years ago – he possesses the same kind of fireball in the locker room presence of his City Hall/senate predecessor.

“The mayor’s not ruling anything out right now,” said Stack spokesman Mark Albiez, when asked if running the HCDO holds any allure for Stack.

Although not denying the attractive qualities Stack has and nothwithstanding the Torres column, Menendez sources this week say the senator’s head – assailed in Washington by troop buildup in Afghanistan and a national healthcare reform bill – isn’t in Hudson politics right now.

But for those who are here, and particulalry for those who see Stack in this context as little more than a columnist’s musing, there’s Smith, in a sense the establishment opposite of his renegade North HUdson counterpart.

North Hudson sources beyond the borders of North Bergen insist North Bergen Mayor Nicholas Sacco is a key originator of the idea of the amiable, former hero cop as chair of the party.

But South Hudson sources outside of Bayonne claim Smith’s profile – not exactly a political animal, yet, but a proven leader of men – would make him a well-suited county chairman.

In terms of his political education, Smith’s credentials are almost the opposite of Stack’s.

Up for reelection to a third term next year but unbeatable in his hometown, the Union City mayor started out as a 14-year old political and community organizer.

In office for a year since the 2008 special election and a candidate based on his performance in the police department, close ties to then-Mayor Joe Doria and considerable family name ID citywide, the Bayonne mayor faces a 2010 municipal election in pursuit of a four-year term.

Some Bayonne sources concede that it would be unlikely for the mayor to launch – or accept the mantle of – a countywide presence anytime soon.

The economic downturn has Smith focused on government, say his allies – and, of course, getting re-elected in Bayonne.

But still other key sources in both South and North Hudson like the idea of the tough – but diplomatic – Smith in the event Healy doesn’t return. And whatever the current chairman’s future, Smith and Healy get along, which can’t be said about Healy and Stack. 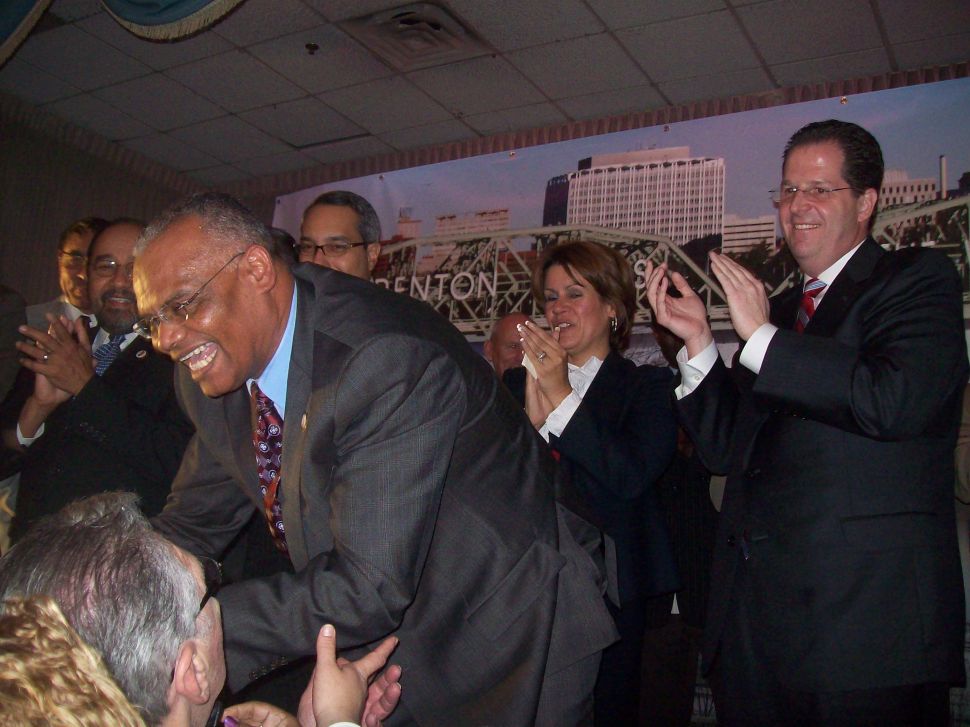