WEST NEW YORK – Moments after the news went live that his antagonist's efforts to dump him from Town Hall were dead, Mayor Sal Vega alighted in the conference room of the mayor's office wearing a broad grin.

"This was a fantasy," Vega said of Dr. Felix Roque's efforts to recall Vega from office, which fell short by1,800 signature, according to the findings of Town Clerk Carmela Riccie.

"By the way they were going about collecting signatures, they were commiting fraud," the mayor added. "If we have to take this to the state Attorney General's Office, we will."

"5,256 of those must be found to be from valid, registered voters in West New York for a recall election to be held," Riccie said. "None of the five petitions achived the required number."

Vega now wants Roque to reimburse the town of West New York for the time and man hourspoured over the course of two weeks into what the mayor saidwas ultimately a dud and fraud.

"Tell him," came Roque's rejoinder from his headquarters blocks away from Town Hall on 60th Street, "to reimburse the town of the $1.5 million it's costing to pay his attorney."

The first-term Vega announced that he intends to runfor mayor again, butafter Roque's fizzled effort here today, he said he doesn't believe the doctor/military man will have enough traction for 2011.

"He's not the leader of any kind political movement, that's fairly obvious,"Vega said of his nemesis, who launched his petition driveon a slogan of outrage over Vega'sWest New York tax hike of 47% over the past two years.

"We had adifficult situation – that's what you get with financial hardship -but I look forward to running again," the mayor added. "I was always confident about the recall process."

"On all five petitions there is a remarkably accurate signature of a person, Pedro Costales, who has been deceased for two years, according to the Statewide Voter Registration Database," the clerk wroteto Roque attorney Arthur M. Neiss in a letter dated Dec. 21st.

Riccie noted petitions with no signatures, petitions notarized prior to the collection of signatures, signatures that do not match, and "numerous instances of wholesale completion of information to be personally provided by the voter where the printing is not that of the voter and where the printing of the signer's information appears tohave been performed by numerous other signers by the same person who therefore could not be the signer."

Seated at the head of the table in the conference room, Vega spokesman Paul Swibinski said not only must Roque pay money back to the town, but leave West New York after he does.

"He fell ridiculously short of his goal," said the HCDO operative. "After he reimburses the taxpayers, he needs to get back in his Bentley, drive away, and leave the good people of West New York alone.

"I think the findings speak for themselves," Swibinski added. "He doesn't have any credibility."

Asked about a recentalleged fight at an Edgewater piano bar between himself and an employee at the bar, Vega didn't deny it, saying only, "I don't have a history of fighting.I'm a long distance runner.Suffice it to say, I handle myself in a proper manner and I can't respond to every single rumor."

*Roque and his team submitted petitions for a recall election not only for Vega, but for the commissioners as well.Riccie's breakdown of total petitions filed for each position and total valid were as follows: Commissioner Gerald Lange: total filed by the Roque team, 6,256; valid, 3,419; Commissioner Michelle Fernandez-Lopez: 6,242; 34,11; Commissioner Larence Riccardi: 6,250; 3,414; Commissioner Alberto Rodriguez: 6,251; 3,383; Mayor Sal Vega: 6,236; 3,441. 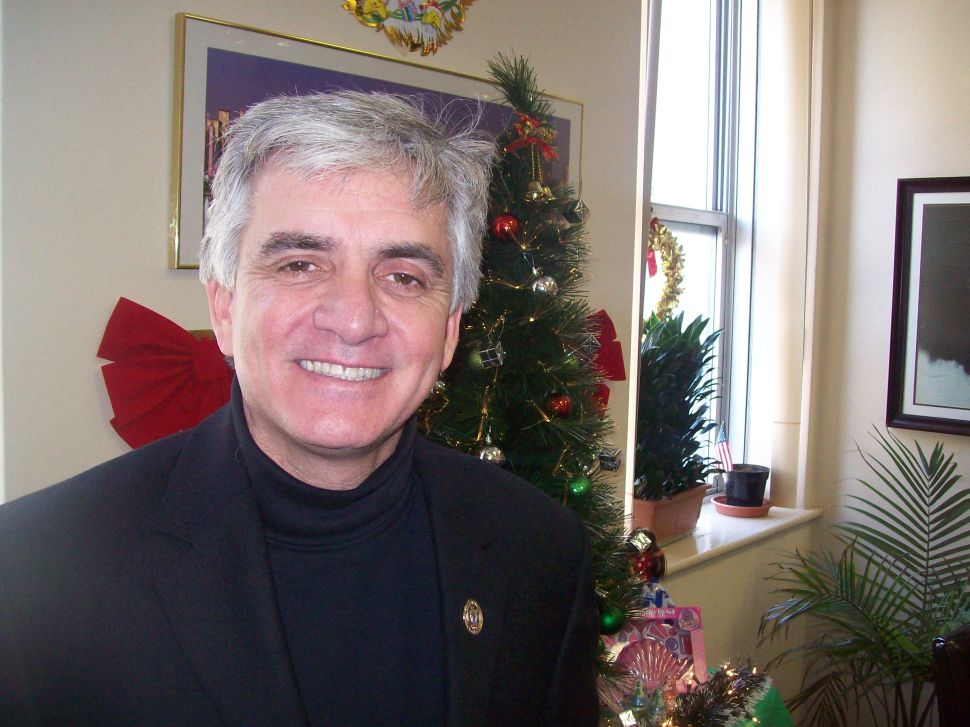