New Jersey gained two congressional seats after the 1930 census, going from 12 to 14. Redistricting in those days was handled by the Legislature (a Republican Senate and Democratic Assembly) and approved by the Republican Governor. The new map favored the Republicans, who already had a 9-3 edge in the state delegation; one new seat, based in Mercer, easily went Republican; the other – the new ninth district — was mostly South and East Bergen, with parts of Hudson County; it was supposed to go Republican too.

The Republican primary that year was a mess. The Bergen GOP was sharply divided between two factions: one headed by Republican County Chairman Douglas Thomson and the other by former State Sen. Ralph Chandless, who had been expelled from the Senate for conspiring with Lodi officials to pay him an $11,800 legal fee; prosecutors said was actually a bonus for getting the state to deposit $200,000 in the Little Ferry National Bank, which allowed the bank to buy Lodi sewer construction bonds.

The Democratic nomination was won by Edward Aloysius Kenney, a 48-year-old lawyer who had lost races for Mayor of Cliffside Park as an independent in 1921, as a Republican in 1923, and as a Democrat in 1927. In the primary, with the help of Jersey City Mayor Frank Hague, who didn't like the Bergen County Democratic Chairman, Kenney defeated the Democratic organization candidate, Teaneck businessman Frank De Ronde, who was well known locally as a veteran of the Spanish-American war.

Boosted by the coattails of presidential candidate Franklin D. Roosevelt, who carried the ninth district over Herbert Hoover, and helped by the Bergen GOP split, Kenney scored an upset 854 vote win over Marini.

As Bergen County Republicans continued to feud through the Great Depression of the 1930's, and with Hague taking the Democratic Congressman from Cliffside Park under his wing, Kenney was able to get re-elected. He beat Leonia Mayor John Pollock 55%-44% in 1934; in 1936, with Roosevelt running for re-election, he beat 36-year-old Assembly Majority Leader Lawrence Cavinato (R-Fort Lee) by a 54%-46% margin.

In January 1938, Kenney was asked to deliver the keynote speech at the annual New Jersey Chamber of Commerce dinner at the Carlton Hotel in Washington, D.C. According to reports, Kenney had much fun at the dinner — and afterwards; unable to travel back to his home, the Chamber arranged for Kenney to get some sleep in the hotel room of one of their members who was in town for the dinner. Kenney woke up during the night; presumably disoriented and in search of the facilities, he mistook a French window that was eighteen inches from the floor for a door and fell six stories to his death. Republicans took back the ninth district seat later in the year. 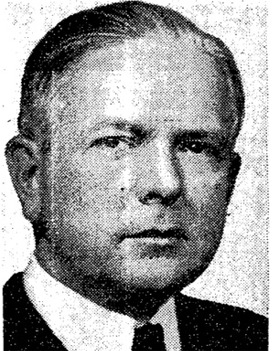