When state Sen. Joseph Vitale (D-Woodbridge) fired off a press release condemning MTV’s “Jersey Shore” for promoting negative stereotypes about Italian-Americans and a letter to Viacom asking them to “pull the plug” on the show, he didn’t quite anticipate the scale of the media response.

The release was almost instantly picked up by the regional press – including New York City radio and television stations – leading to write-ups on countless blogs across the country.

Vitale, who is chairman of the legislature’s Italian-American caucus, was inundated with emails about his statement over the holiday weekend, which he described as half supportive and half critical of his stance.

“People are offended by the fact that I find it offensive that Italian-Americans are referred to in a manner that is disparaging,” said Vitale, who took exception to the show’s frequent use of the term “guido” and “guidette.”  “Rightfully so, no other ethnic group would sustain those kinds of words if it were applied to them.  The roof would probably blow off f it were to happen.”

“At the end of the day words matter,” he said.

Vitale pushed back against critics who said his request for the state to investigate the employment and wage practices and the tax status of the “Shore Store” — where the show’s cast is employed – was heavy handed.

Vitale then rethought his use of the word “kids,” noting that a couple of the cast members, including Mike Sorrentino – a.k.a. “The Situation” – are in their late 20s.

A spokeswoman for MTV could not immediately be reached for comment. 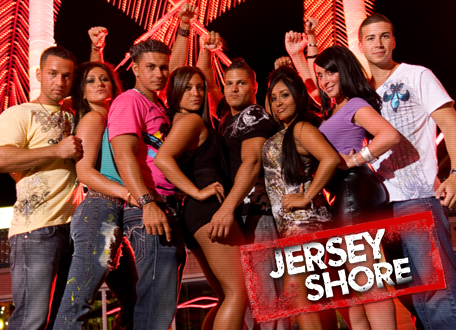