PERTH AMBOY – Local level jockeying is already underway in advance of next year's mayoral and muncipalcontests.Included below are some of the more intriguing prospects:

Inthe mayor'seyes, the councilmen may prove worthy one day of becoming mayor, but they're too young and inexperienced and lack the business acumen necessary to helm New Jersey's third biggest city.

A former Marine, Jones has a built-in base of African American support. Last week he told PolitickerNJ.com he recognizes his challenge in fighting the perception mostly stirred up by his political antagonists that he is simply the black candidate in the race.

If Torres suffers from headlines that depict him as a heartless pay-to-play machine intent on development to the exclusion of other city problems, Jones's criticssay he's good in attack mode but sometimes does not follow up with alternatives.

As for Sayegh, theinspirational Booker-speak and snappy one-liners contribute to a charismatic presence – and citywide political reach the councilman built as head of a coalition of nonprofit organizations – but the Ward 6 wunderkind has reached that stage of his career where, like Jones, voters will be waiting to hear detailedblueprint contraststothe Torres model.

The big issues: crime and taxes.

Running for a second term, Mayor Cory Booker faces an old school and potentially game but mostly low key challenger in former municipal Judge Clifford Minor. Observers don't give Minor much more than a very long shot againstthe Booker glamor brand, but say the challenger could seize advantage of the economic downturn and prod a panicked Booker at the very least into protective battle mode.

The real contest may be in the South Ward, whereCouncilman Oscar James II faces a fierce challenge from community activist/school principal Ras Baraka.

As a heavy favorite in a city that thrives on political intrigue and machination, anything short of Booker coattailing in his entire slate will be spun street level as a mayoral humiliation.

This past week, businessman Emmanuel Shahid Watson ben Avrahamsaid he is probing a run.

The real news here heading into next year will be who among the Trenton power elite is not running for mayor.

A veteran of two decades in the top dog's chair, Mayor Adam Schneider wants another term in office,butmust first getthrough an aggressiveadversary in the person of Councilman Brian Unger.

But Unger intends to make the case that Schneider has been a big developers' mayor who forgot the working people.

Two-term Mayor Wayne Smith will face a challenge from North Ward nemesis Councilman David Lyons, who barely scraped out a 2008 ward win over detective Gene Etchison but will have the backing of state Sen. Ronald L. Rice (D-Newark).

Veteran Mayor John McKeon told PolitickerNJ.com in October that it's time to move on from the mayor's post in this suburban town of changing demographics.

Barring a reversal as he eyes Sen. Richard Codey's (D-Newark) faded fortunes higher up the 27th District totem pole and considers protecting his hometown political base in anticipation of energized County Executive Joe DiVincenzo allies looking to branch out, McKeon will tend to his law practice and his Assembly seat, and attempt to be the Democrats' lower house go-to guy on environmental issues.

But again, if the mayor feels sufficiently squeezed into political no-man's land because of the changed terrain, he could jump back into the mix. 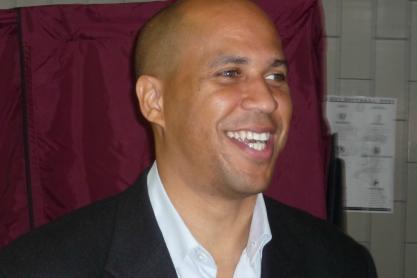