Gov. Christopher Christie is expected to nominate Poonam Alaigh, a Warren Township physician, as the new Commissioner of Health and Senior Services.  Alaigh, a board certified internist specializing in vascular diseases, is a former former National Medical Director for GlaxoSmithKline and was  medical director GSK’s Managed Markets Division. If confirmed by the Senate, she would become the first Asian American in Christie’s cabinet.  She will succeed Heather Howard, who held the post under Gov. Jon Corzine.

“I look forward to getting to know Dr. Alaigh. and to working with her on a variety of public health, hospital and seniors issues,” said State Sen. Joseph Vitale (D-Woodbridge), the vice chairman of the Senate Health Committee. 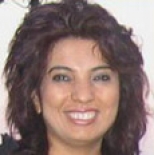