NEWARK – In up tempo contrast to his top of the ticket ally, South Ward Council candidate Ras Baraka went after Gov. Chris Christie and Mayor Cory Booker in the same breath today on the steps of City Hall.

He arrived slightly late, clapped mayoral candidate Clifford Minor on the shoulder, took the microphone, and laid into the City Hall/Statehouse establishment.

“We don’t need the governor to ride in a caravan to fight crime,” shouted Baraka, a former at-large councilman and son of former New Jersery Poet Laureate Amiri Baraka, who stood in the crowd grinning under a white beard. “We need the resources to fight crime!”

The remark referenced a crime watch tag team Booker and Christie did last year, and the crowd loved it.

Perhaps anticipating the hypocrisy charge boomeranging in light of his talk about salaries, Baraka addressed his position as principal of Central High School, a job he said he would keep if elected South Ward councilman.

“Being the principal of a school is the same as working in the community,” Baraka said. “Being a pirncipal is being a community activist.”

“That’s a typically ignorant thing to say, spoken by someone who has no idea what he’s talking about,” said the elder Baraka, smiling, when asked if the average working stiff might not see the City Hall showdown as simply a pell mell of the same big estabished city names: Rice, James, Baraka, Payne, etc.

“These divided loyalties are based on betrayal,” said the poet/activist, sounding on the day the first hard note of consternation with those among Newark’s political ranks who aligned with Booker four years ago.  “These are people who went along with someone people from outside Newark paid $6.5 million to put in here.” 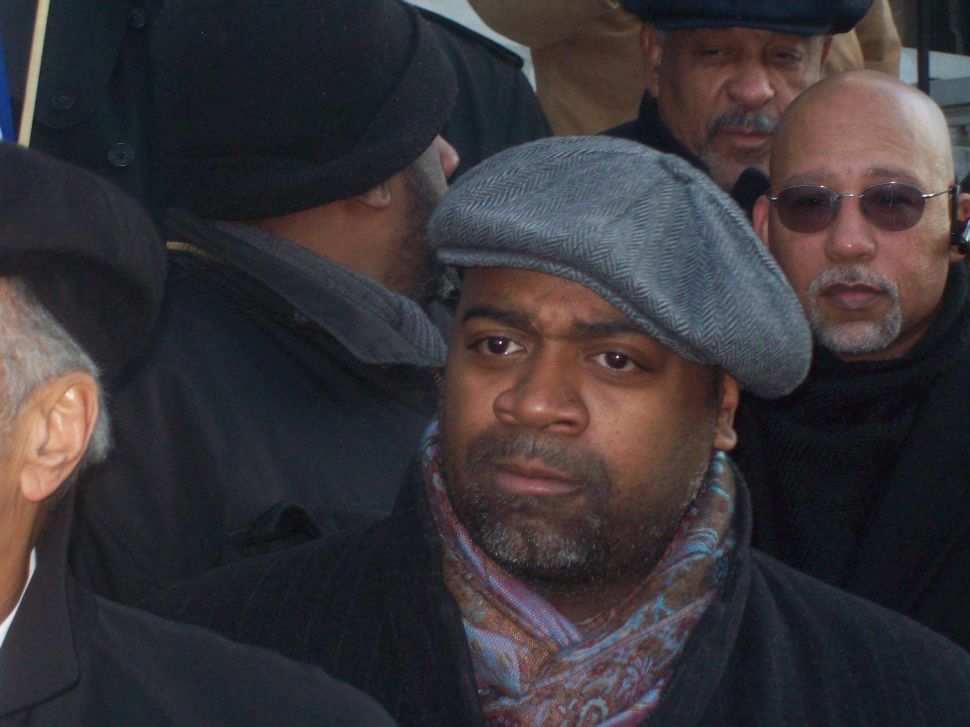