A couple of hours after Jersey City Councilman Steve Fulop issued a smiliar rally cry, Hoboken Councilman-At-Large Ravi Bhalla announced today that he will introduce an ordinance at the City Council’s January 20th meeting seeking to enact legislation that would require local municipal elections to be held in November.

“This new legislation would not only save our City money,” Bhalla said, “but also address fatigue among voters who have simply seen too many elections this past year. We asked Hoboken residents to cast their vote four times in 2009, which resulted in voter fatigue and avoidable expense.   In addition to saving money, coordinating the timing of local elections with state and national elections will maximize voter turnout for our local elections.”

“If the City had held the local municipal election on the same day as the general election,” added the councilman, “it would have saved our City thousands of dollars.  I applaud both houses of the State Legislature for passing this important piece of legislation.” 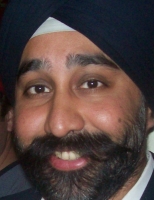