The crowd had been doing the fading soft shoe until Christie appeared, energizing the event.

Lieutenant Governor Kim Guadagno gets in there, too.

“It’s like American Idol, only with state troopers,” the singer cries at the end of the spirited number when the crowd finally silences after long, full-throated applause.

Christie and Guadagno stay planted for “Glory Days,”and yes, for “Born to Run,” to complete this trifecta of Bruce classics.

The drama builds through the instrumental, dredging on the way a wave rush of expectation on these shadowed faces of New Jerseyans crammed together at the edge of the stage.

“The highway’s jammed with broken heroes on a last chance power drive,” screams the governor. 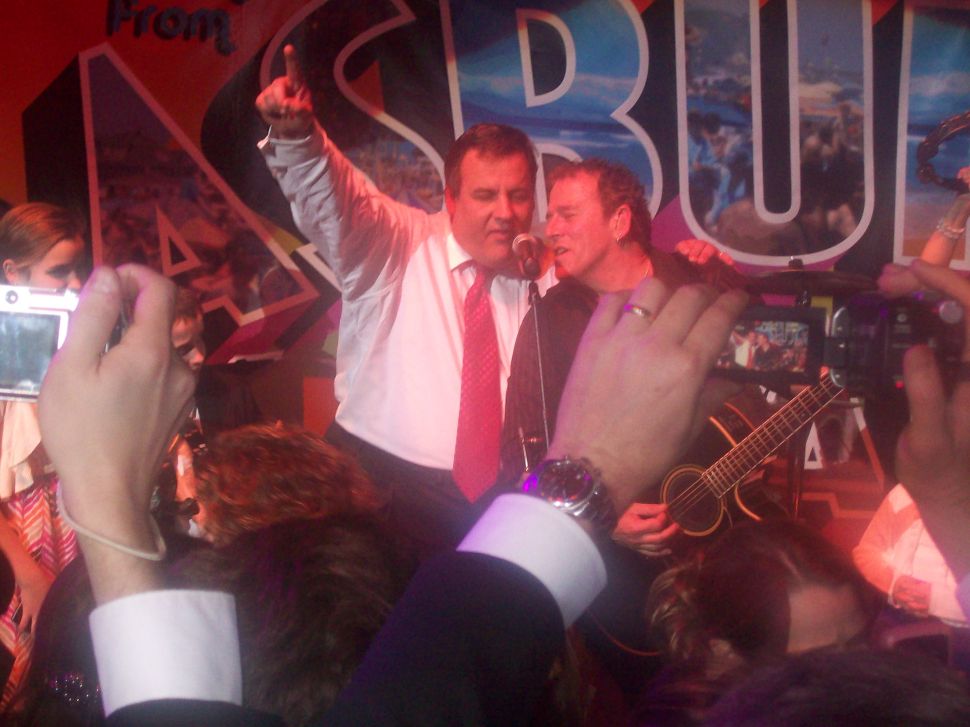