Commissioner of Human Services Jennifer Velez will keep her job, according to a Star-Ledger report.  Gov.-elect Christopher Christie is expected to announce today that he will keep Velez, a lawyer who worked as Assistant Counsel to two Republican governors, in the $141,000-a-year post.

Velez worked at Pitney, Hardin, Kipp and Szuch, a major New Jersey law firm, and at AT&T and Chubb, before joining state government in 1998 as a lawyer for Gov. Christine Todd Whitman.  The Summit resident stayed on under Govs. Donald DiFrancesco and James E. McGreevey before joining the Office of the Child Advocate in 2003.  She was Deputy Human Services Commissioner before Gov. Jon Corzine named her to the cabinet post in 2007.

Christie, the newspaper reports, will not merge the Department of Children and Family Services back into Human Services.  Commissioner Kim Ricketts has already been let go. 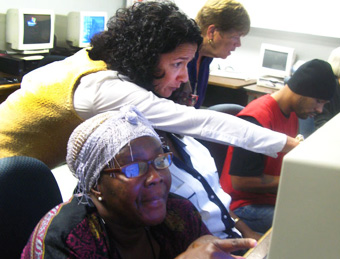