The new seating assignments in the State Senate chamber remain largely unchanged from last year, except that Richard Codey (D-Roseland) has moved from the presiding officer’s place on the rostrum to back row, sitting between Democrat Raymond Lesniak and Republican Philip Haines.   Some Trenton veterans seemed surprised that Codey, the former Senate President and senior Democrat in the Senate, was given a seat on the Republican side of the aisle, but one Senator noted that Codey should be honored to sit to the left of Lesniak.  Lesniak, a Senator since 1983 and one of the Democrats who helped Stephen Sweeney secure the Senate Presidency, is said to like the back row. 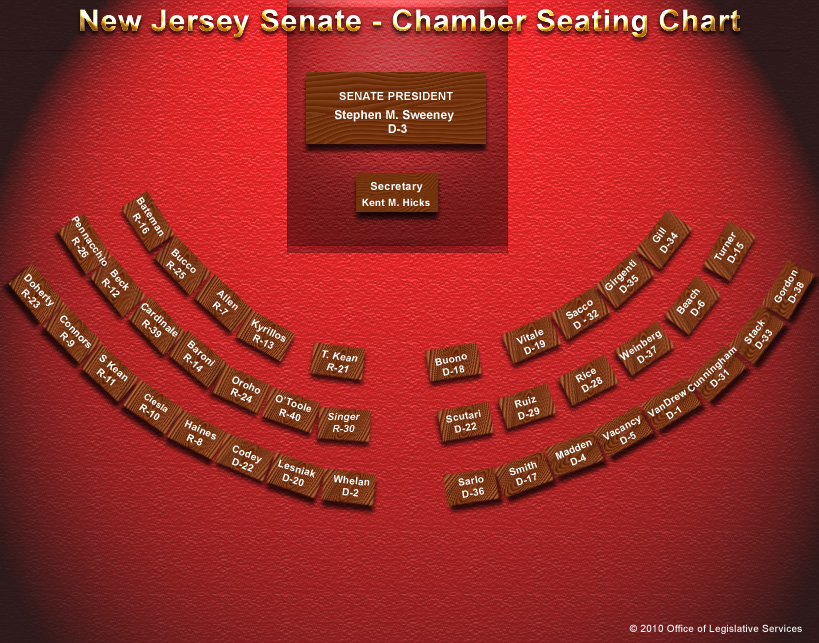