NEWARK — Joe Doria is not hiding.

The former Department of Community Affairs (DCA) commissioner, Bayonne mayor, state senator and assembly speaker showed up to the Chamber of Commerce’s pre-“Walk to Washington” breakfast this morning and received a warm reception.

Doria, who has held some form of elected office since 1975, was forced to resign his position with the DCA after the FBI raided his Bayonne home on the same morning they charged 44 politicians, public officials, public employees and religious leaders on corruption counts.  Doria was not charged with any crime, but his political career was brought to an abrupt end and his straight arrow reputation was sullied.

“It is what it is,” said Doria, who said he does not anticipate any legal problems.

“I know I didn’t do anything. I’m not concerned,” he said.

Doria continues to teach a seminar at the Eagleton Institute of Politics with Republican lobbyist Peter McDonough on a voluntary basis, and has not shrunk from attending other political events, like the swearing in of the new legislative leadership.

Doria said he did not know his newly appointed successor, Lori Grifa, but that he’s heard “good things.”

“Everybody who does know her is very positive, and I think she’ll do a good job based upon what I’m hearing.  She’s got great people there, great staff, and she can take advantage of the history that exists. I did,” he said. 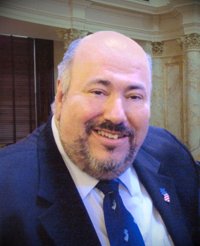