NEWARK – That Ironbound contest between Councilman Augusto “Augie” Amador and optometrist Peter Pantoliano has gotten ugly early, with both men pummeling each other on petition pick-up day and the latter apologizing for what he says was a “horrible mistake.”

“The girl who did my bio was confused,” admitted Pantoliano. “My degree was not Raritan Valley, it was from an online accrediting firm.

“I’ve never claimed to be a medical doctor,” Pantoliano added. “The degree I have is from an online accrediting firm, often frowned upon by people who haven’t received an education. It’s the Board of Online Universities Accreditation. Anybody can go there and verify it.”

The candidate said when someone brought the mistake to his attention over the weekend, he corrected his website.

“Immediately,” said Pantoliano. “That’s the kind of person I am. I apologize.”

Amador, who stood beside Booker at the city clerk’s office about an hour and a half after Pantoliano picked up petitions for his own race, shrugged at the corruption charge leveled by his challenger.

“That’s absolutely absurd,” said the councilman. “I’m very proud of my record of the last 12 years. We have built new schools, we were able to save the hospital and create new parks. If that’s a sign of ineffectiveness… Let the people decide. I’m putting my record before the people, who in the past have returned me to office with 69% of the vote.”

Pantoliano in turn groused about the councilman taking credit for work accomplished by others.

“The schools was the effective work of Assemblyman Al Coutinho,” he said. “The work of Coutinho has nothing to do with Amador’s intereference. As for the hospital,  St. James Hospital is going to lose its emergency room, that’s a failure, not an accomplishment. The county parks improvement, again, has nothing to do with Councilman Amador, but with Essex County Executive Joe DiVincenzo, whom I appluad for his fine work.”

While not discounting his challenger, Amador doesn’t believe the race will be as competitive as some political junkies addicted to Newark politics would like to believe and his allies take the early Raritan Valley gaffe as a sign of not-ready-for-prime time clumisiness and outright dishonesty.

But Pantoliano again insisted on the seriousness of his effort, which he said would reflect the professional and volunteer work he has done in the neighborhood.

“Anybody can sell a pair of glasses, but my work in the Ironbound is about service,” said the challenger, whose civic association has spearheaded community clean-ups and senior bus trips, clothing and coat giveaways, among other East Ward offerings. 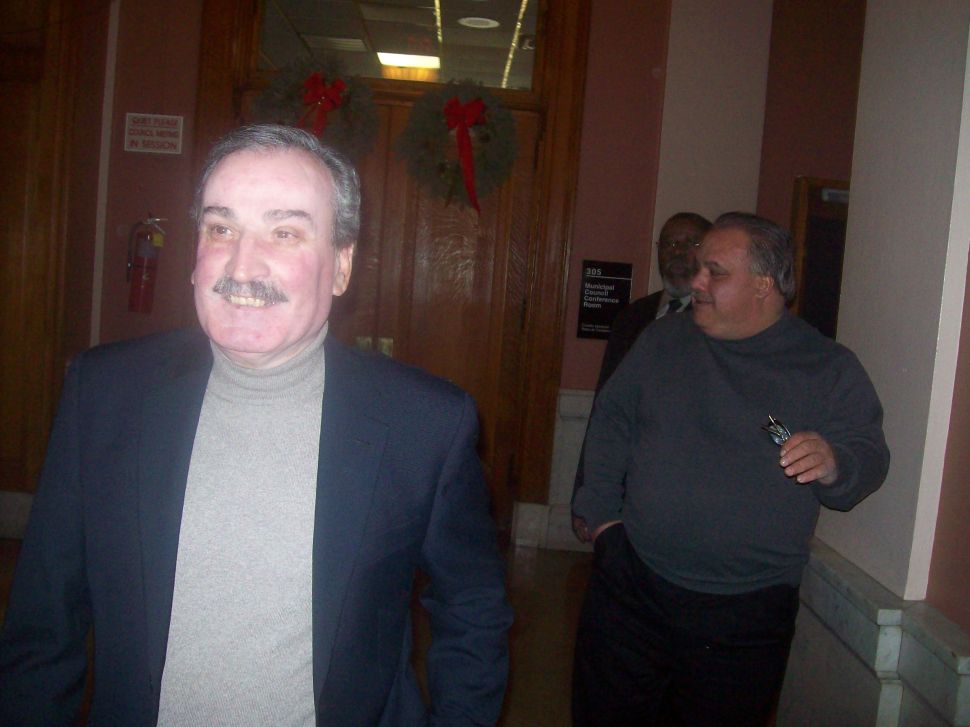