All ten members of the East Orange City Council endorsed Essex County Executive Joseph DiVincenzo for re-election to a third term, a move that limits the ability of Mayor Robert Bowser to enter the race for the Democratic nomination.

“It is easy to talk about Joe DiVincenzo because of all the positive things he has done for Essex County. As someone who has been involved with County government since the charter change in 1978, I can say Joe has been the best County Executive to have served our 22 municipalities,” Oliver said. “East Orange has always stood up for Joe because Joe has always stood up for East Orange,” she added.

“It is a pleasure to stand here in support of Joe DiVincenzo. He is the right person for the job and has always had a love for this county,” said Talmadge, the City Council President and a former Assemblywoman.  “The East Orange City Council stands strongly behind Joe for re-election.”

Last fall, Bowser threatened to challenge DiVincenzo in the Democratic primary after the County Executive helped broker a deal to oust Richard Codey as Senate President; part of the agreement was that Oliver, the Assistant Essex County Administrator, would become Speaker. 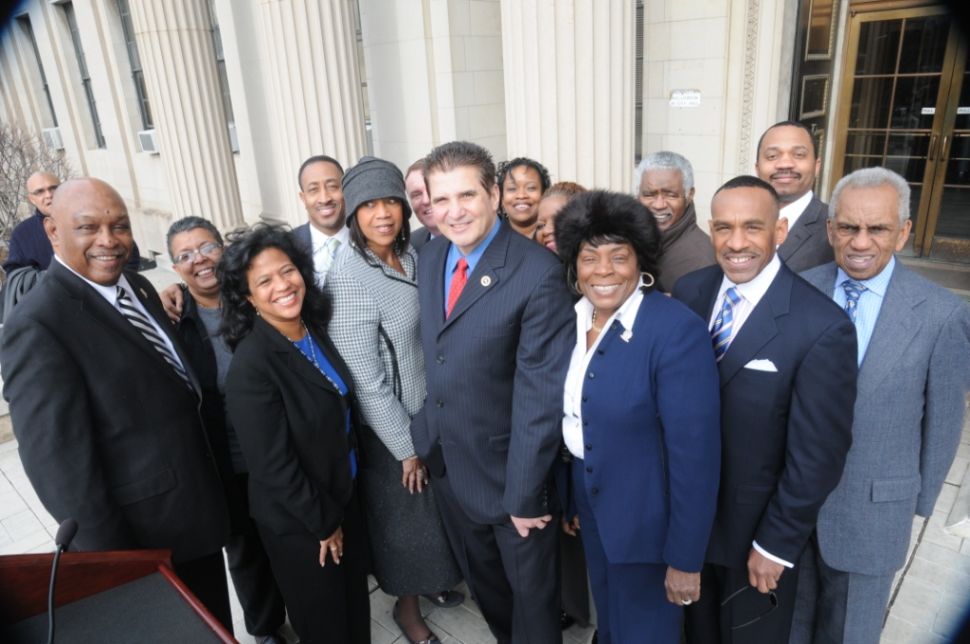