ROSELLE – In a clash between organization and independent Democrats, control of Roselle this year hinges in part on the fortunes of Council President Jamel Holley, an organization man whose 2009 courtroom troubles now motivate upstart Mayor Garrett Smith and his allies, who are mobilized behind a soft-spoken fire breather in the form of the Rev. James Moore.

“My purpose is to do what is right – and to do what is righteous,” Moore told a crowd of 40 supporters Friday night at the Cavalier Diner, where he formally kicked off his challenge of Holley and didn’t shy away from quoting scripture in the face of arguably Holley’s most powerful ally.

The launch, in fact, turned into an objection of state Sen. Ray Lesniak’s (D-Elizabeth) endorsement of gay marriage as much as a protest of Democratic organizational rule in Roselle.

Alert to Smith’s old time religion-aided effort to derail his public redemption – let alone his re-election bid – Holley from afar (a diner on the same side of town) absorbed news of Moore’s entry into the race.

“Rev. Moore is a decent man who has made some contributions to our community,” he said. “However, I find it interesting that he would align himself with Mayor Smith, whose agenda has proven itself to be one that has damaged our community. I guess opposites really do attract.”

Moore on Friday registered nothing but total commitment to his alliance with the mayor.

“He’s about the community,” he said of Smith, who’s survived in Union County politics through a combination of his own community-honed brand name and a close political relationship with U.S. Rep. Donald Payne (D-Newark).

The community, it must be said, has felt the ravages of this Smith-Holley political war in a way that even wearies Smith ally Councilwoman Syvia Turnage.

“Joy is missing in this community right now,” she said; the result, in her view, of organizational pressure recently forcing Elnardo Webster Sr. from his superintendent’s job, and the general obstinancy of the majority council in resisting Smith.

Holley’s turmoil with the AG’s Office last year made it look suddenly as though Smith were ready to claim outright victory in their longstanding fight.

Until that point, Roselle Democrats and independent Democrats had traded the usual punches, with one occasionally briefly bloodying the other.

When the indictment of the council president hit the headlines last August, however, the mayor and his independent Democrats figured they had their tormentors in serious trouble.

Smith’s most visible antagonist, Holley is the proverbial comer, the Roselle-bred face of an organization and older brother of Dallas Cowboy wide-receiver Jesse Holley, whose ties go straight to the inner sanctum of the Union County Democratic Organization’s upper echelons. This is a young, hand-groomed work in progress whose mentors include Lesniak, State Party Chairman Joe Cryan (D-Union Twp.) and Union County Democratic Chair Charlotte DeFilippo.

Toppling Holley – humiliating Holley – with a guilty verdict gaveling to a halt his fledgling career would be the kind of concussive knockout the independent Dems could ride all the way to the 2010 municipal elections.

A second term mayor perpetually entangled with the Holley-led council stacked 4-2 against him, Smith would have reveled in watching his nemesis exit early on a court order.

With two wins in June he could level the governing body off at 3-3 and make himself the tiebreaking vote.

But Holley, charged with improperly collecting absentee ballot signatures, withstood sandwich board cries circling borough hall demanding his resignation, and avoided having to forfeit his office when a superior court judge slapped him on the wrist and decided his actions were more the consequence of election-time exuberance than Machiavellian misdeed.

“That case, that matter, is behind me,” said Holley, who plans to declare his re-election bid for a third three-year term in the next few weeks.

“I’m the youngest councilmember,” said the 30-year old council president and county employee. “But I have the most experience and the most extensive record in terms of community service. I’m very confident.”

Smith’s allies might have preferred the court to rid them of Holley, but now as they prepare for municipal elections, they trust the voters will finish the job.

“He’s a first-time offender,” Smith said of his rival.

Taking the question about his connection to Cohen, “It goes back to what the people know about me,” Holley said. “They’ve been able to individualize me being there for them.”

To make the case against Holley and company with the proper mix of outrage and gravity, Smith and the independents have enlisted Roselle staple Moore, pastor of the Second Baptist Church and a 12-year veteran of the School Board who resigned his seat on the board late last year to run for the council.

“Bring honesty, integrity and accountability back to the Democratic Party,” reads the postcard glossy distributed at Friday night’s kickoff for Moore and fellow Smith ally Councilwoman Samantha Dow at the Cavalier Diner.

“This is not an ordinary moment, it’s a blessed moment,” the mayor told the crowd in his buildup of Rev. Moore. “Our faith-based life is bigger than politics. We know there is a big machine out there, but we know the way God works.”

“When I heard Rev. Moore said he was going to run, I said, ‘Whew, thank God,’ because I knew it was going to be a blessed journey,” said Dow.

If Holley’s struggles going back to his campaigning efforts are part of the reverend’s target, his candidacy carries a double dose of brimstone over the issue of gay marriage.

At his kickoff, Moore extended his attack on Holley to include Lesniak, who choked back tears on the floor of the senate last Thursday as he made his case for marriage equality for gays and lesbians.

“We’re talking about senators who took the oath of office with their hands on a Bible – a Bible that plainly says sodomy’s sin,” Moore told PolitickerNJ.com.

“That’s a mockery of God,” argued the reverend, who in the days leading up to the statewide vote helped organize a resolution against gay marriage that Holley’s borough council refused to back.

“Sen. Lesniak’s never been here to the church, he never consulted us,” Moore explained. “You can only conclude that he’s following an agenda of those who are giving money to his campaign and to the campaigns of other Democrats. Gays give a lot of money to Democrats in part because they don’t have kids – a situation they want to change with this legislation that fortunately didn’t pass.

“This is a lame duck governor trying to push this through – a governor who personally told me when he was running for governor last time that he didn’t support gay marriage. He stood at the altar before God and promised. Well, he’ll have to answer for that. He will be judged.”

For the record, a disappointed Moore said he voted for independent Chris Daggett in the gubernatorial election.

Baffled by Moore’s aggressive efforts to spearhead a resolution for the local governing body in advance of last week’s vote in the senate, Holley said, “I didn’t even know who the group was. I had never heard of the imam who presented the resolution to us at a council meeting. They never consulted with me. As far the criticism of Sen. Lesniak, I can tell you, he is a very visible senator in this town.”

Lesniak, who publicly upbraided Attorney General Anne Milgram after her case against Holley mostly fizzled in court, said in reply to Moore’s comments, “I wouldn’t dignify that with a response, and that’s my response.”

Indomitable, Moore kept the issue out there at his campaign launch when he addressed the crowd.

“Why didn’t Sen. Lesniak ever ask you or me if we were in favor of same-sex marriage?” he asked. “They’re supposed to be representing the people and that’s not what’s happening. They’re so power-struck, they’ve forgotten how to listen to the heartbeat of the people.”

Already accelerated by definition in the roil of Smith versus Holley, that heart rate just jumped again in the collision of street and social politics here in Roselle. 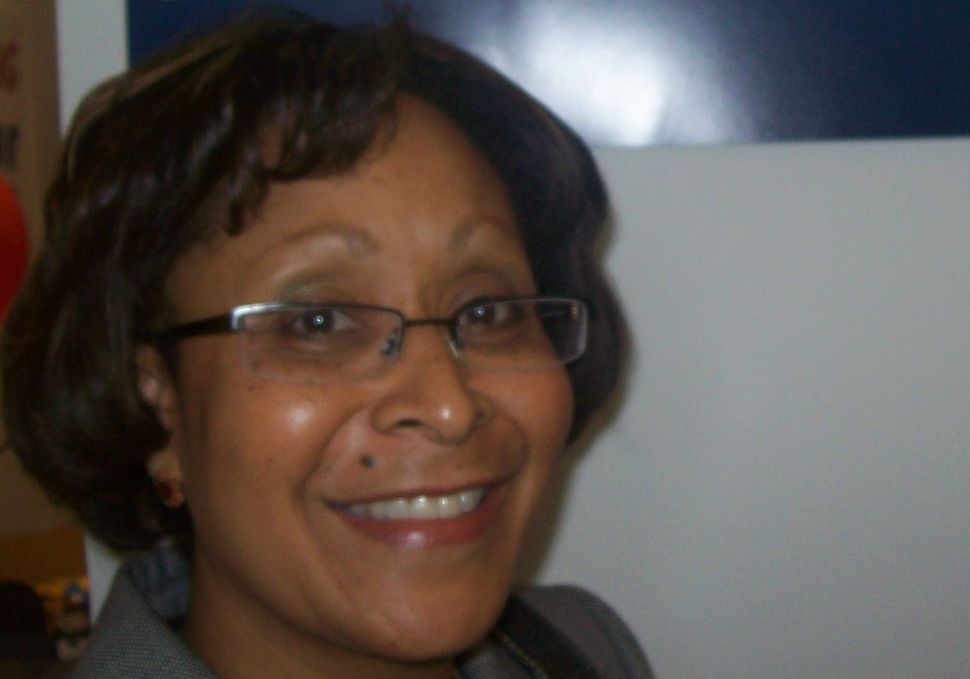