With the support of key Democratic leaders, Bergen County Executive Dennis C. McNerney announced today that he will seek re-election to a third term.

“Over the past eight years, we have accomplished many positives, including cutting the county workforce by 13%, reducing the waiting list for Meals-on-Wheels, creating the Bergen County SAVVERS and Wellness Programs, preserving hundreds of acres open space, maintaining our AAA bond rating, stabilizing county property taxes, and working with dozens of towns to save money through shared services,” McNerney wrote in a letter to Democratic committee members.

McNerney was elected in 2002 with 52% of the vote against State Sen. Henry McNamara (R-Wyckoff), after three-term Republican William “Pat” Schuber retired.  He won 61% in his 2006 re-election campaign against former Freeholder Todd Caliguire.

On Tuesday, Bergen County Clerk Kathleen Donovan announced her candidacy for the GOP nomination.  She appears to have united different factions of the county Republican organization behind her bid to unseat McNerney.

Click here to view a copy of McNerney’s announcement letter and endorsements. 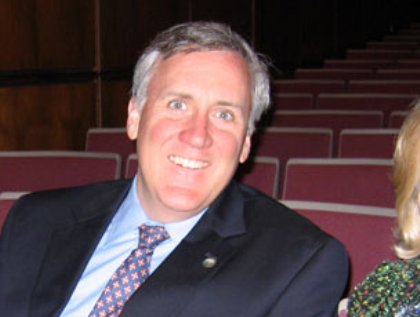