“Essex County has become a model government under the leadership of Joe DiVincenzo and he deserves another four years to continue moving the County forward,” Menendez said. “Joe’s mantra of Putting Essex County First has touched every aspect of our residents’ lives,” Menendez said.  “From creating tax stability at the county level, while refurbishing parks and restoring historic sites to modernizing infrastructure and enhancing outreach and constituent service to meeting the challenges of our neediest citizens, Joe DiVincenzo has put the residents of Essex first,” he added.

DiVincenzo, elected in 2002, officially kicked off his campaign last month during a spirited rally at Essex County College, where he was joined by over 76 elected officials and Democratic Party leaders.   His backers include Newark Mayor Cory Booker, Essex County Democratic Chairman Philip Thigpen, Assembly Speaker-designate Sheila Oliver, all nine Essex County Freeholders, and a majority of the county’s Democratic municipal chairs. 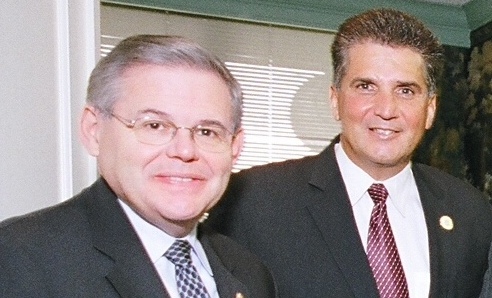