“We’re anticipating a reduction in the ratable base of five and a half percent,” Mennen told PolitickerNJ.com. “These are not the easiest of times.”

But the election last year of Gov.-elect Chris Christie – who received a boost of about 21,000 votes out of Hunterdon when he would have been happy with 15,000 – gives Mennen heart.

“A lot of what we do follows what the state is doing, and with Christie as governor you’d figure his administration will take a more aggressive stand on spending cuts, so we can follow on those coattails,” said Mennen, 43, an attorney and the former deputy mayor of Tewksbury who is serving the final year of his first term as a freeholder.

“We are really counting on the trail blazed by the state,” added the freeholder director, “and the Christie victory gives us a real glimmer of hope.”

The win, Mennen added, sends a message to national Republicans about the revival of the GOP here.

“The Republican message here is a fiscal message, a message of smaller and more efficient government and avoiding unnecessary spending,” he said.

U.S. Rep. Leonard Lance (R-Clinton Twp.) yesterday swore in Mennen and the other freeholders at their reorganization meeting.

Also present was state Sen. Mike Doherty (R-Washington), who last year defeated Marcia Karrow in the primary to muscle his way into the chair Lance left behind when he ran for Congress in 2008.

Despite his alliance with Karrow, who’s on the record saying she wouldn’t mind serving in the Christie administration, Mennen said relations between Doherty and the power structure of the GOP in Hunterdon are good.

“There’s no issue,” said the freeholder director. “I don’t live in the 23rd District (he lives in the 24th), so I was more or less immune to a lot of that, but the bottom line is it’s politics. Once the primary was over, we worked for a common objective.”

Mennen mulled entry into the 7th District Republican primary two years ago, but decided not to run when the party mobilized behind Lance. His hometown of Tewksbury is now one of two towns in the 24th Legislative District – a jarring reality for anyone who would want to try to make a move on Trenton.

The heir to the deodorant fortune whose forefathers founded their business in Newark said that’s all right, for the moment.

“I have young kids, and a lot to give at the county level,” he said. 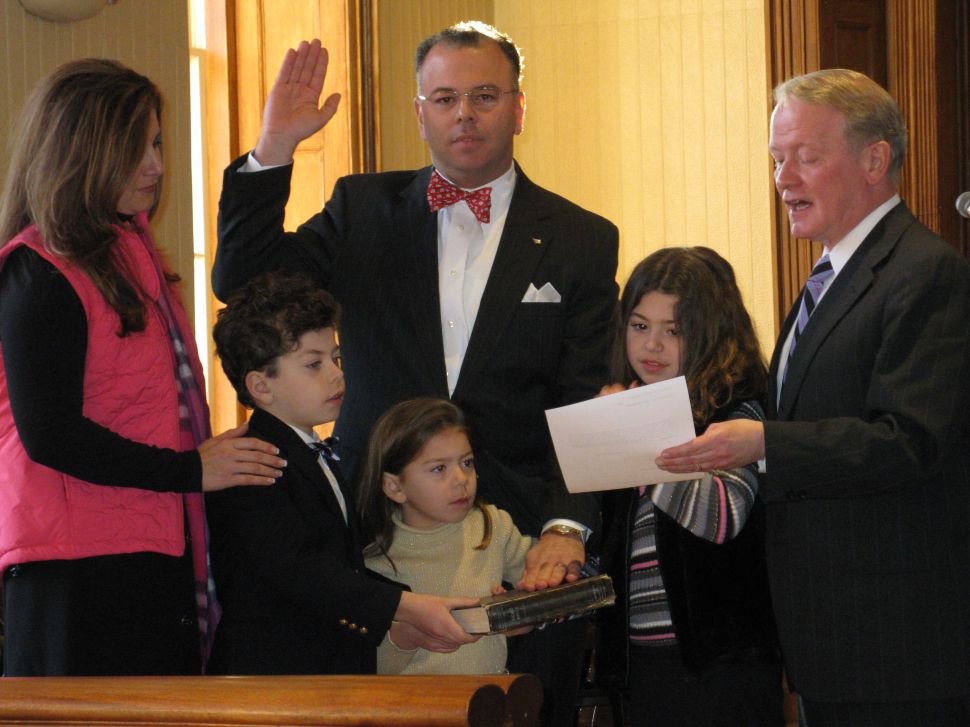