Though new to the job, he already knew many of the reporters.

Drewniak had been the U.S. Attorney’s Office’s public information officer since 1998.  The majority of those years were under Christie’s leadership.  Before that, he spent 12 years as a reporter for the Star-Ledger.

He almost put in enough time to get a pension, but had to give it up to come to Trenton.

“I had a nice pension in the federal government, yes,” said Drewniak, a 49-year-old Clinton resident, who left his federal post at the end of December and took a “cold” vacation in Florida before starting at the Statehouse — one of several former staffers from the U.S. Attorney’s Office to do so.  “I made a decision to come to work for Chris.  He is easily the most capable and best boss I’ve ever had, and we are at such a point in New Jersey that I could not really say no and not be a part of this.”

Unlike the often reserved Corzine, Christie has not hesitated to throw bombs at political adversaries at press conferences, even at one point going into a self-described “rant”.  But Drewniak won’t characterize Christie’s remarks a “fighting words.”

“I don’t know that they’re fighting words so much that he’s just blunt and says what’s on his mind,” he said.  “I think that people, whether in his prior life as the United States attorney or now the taxpayers and citizens of New Jersey… to them it’s both refreshing and needed.” 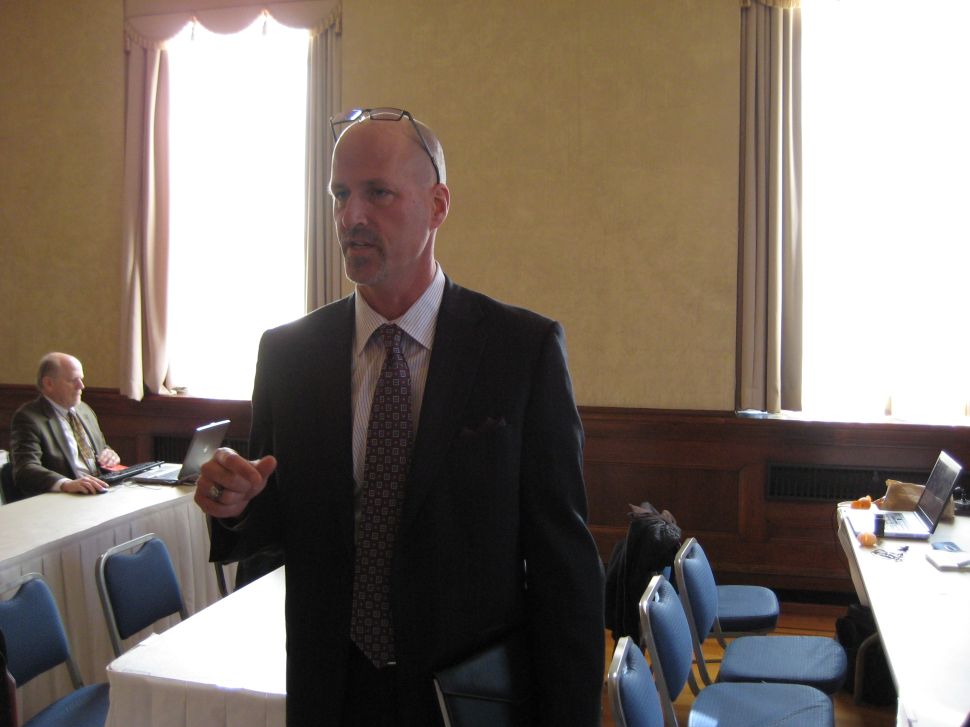