NEWARK – If New Jersey is a state of parochial municipalities, you might think it follows that Newark – the biggest city in the state – nurses its own case of parochialism.

Just ask Mayor Cory Booker, who toiled as the Central Ward councilman and activist before making his 2002 mayoral bid, and who now, seven years and nearly a full-fledged term in office later, still suffers the Johnny-come-lately tag alongside those members of the born-and-raised Newarkers who see Booker as a suburbanite from Bergen County with an Ivy League spoon in his mouth.

Onto this political landscape steps Mirna White, an attorney who’s lived in the Central Ward for a little over a year and has been “in and out” of the city for some time.

There are several older timers in the vicinity of White’s public appearance here and they’re immediately questioning her intentions.

“She’s got to be a stalking horse for somebody,” mutters one of them.

“Not at all,” insists White, who recites crime statistics that clash with the mayor’s stats.

“Cory Booker and I were never allies,” she says, resisting a line of questioning that tries to link her with the mayor.

“The difference between the mayor and myself is my personal story reflects the story of a lot of people in this city,” says White, who was born dirt poor in Panama, she says, and came to the United States speaking no English, but managed to grit her way up through St. John’s University and New York Law School.

“The fact that I’ve been on my own since the age of 14 gives me a direct connection with the people of Newark,” White argues. “I’m not a spoiler and I’m not connected with the old regime. Crime and unemployment continue to rise.” 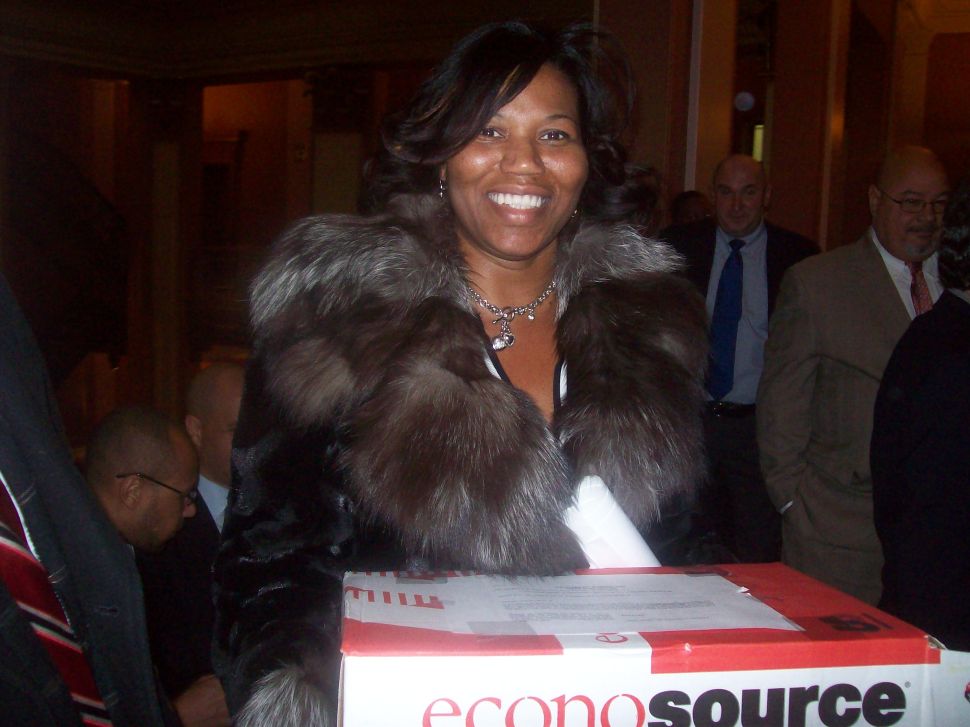