“There is no question the president’s agenda’s will be modified, this is an absolute wakeup call and lets see if we respond,” Pascrell told PolitickerNJ.com in a telephone interview.

“I think primary candidate Michael Capuano would have been better, more aggressive,” added the congressman, backing away from Coakley, the would-be Democratic successor to the late U.S. Sen. Ted. Kennedy. “Martha Coakley is a very bright woman who couldn’t get her message across while their candidate was a likeable guy.”

For context, Pascrell pointed out that Democrats have won five straight special elections, but he did concede that Democrats and Obama must get focused and rally.

“Our message has been garbled with too many priorities,” he said. “Of course, the economic situation warranting the stimulus package started under the Bush administration when (then Treasury Secretary Henry) Paulson came in the room and made it sound as if the world was going to collapse.

“We have tried to rush too much in too small a period of time,” Pascrell added. “We might have to pass healthcare piecemeal, which is something I have already recommended. If you look at that map in Massachusetts, Coakley lost working class towns.  She lost most of the votes from the far west. She won the Boston area, 60-40, but that wasn’t enough.”

The Republican victory by Scott Brown over Coakley deprives Democrats of the filibuster-proof 60-40 majority they used to pass Obama’s health care reform plan. 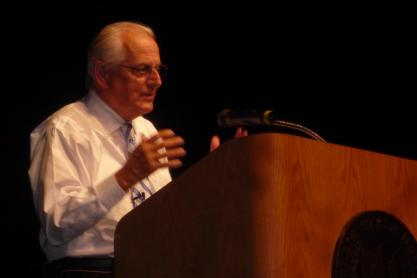