TRENTON – Working the hallways outside the Senate chamber with Trenton Mayoral candidate Manny Segura, Martin Perez projected no great confidence in lawmakers passing in-state tuition for the children of undocumented workers, one of his signature issues as the leader of the Latino Leadership Alliance of New Jersey (LLANJ).

“The only chance we have is today, because (Gov-elect Chris) Christie said he would not support the bill if it comes to his desk and we would have to wait another four years,” said Perez, whose group last year ultimately backed Gov. Jon Corzine for re-election despite Perez’s own misgivings about the incumbent and a split within the organization.

“The issue here is we made an investment in these kids and we need a return on our investment,” Perez explained. “I hope Republicans understand the issue, but (Senate Minority Leader Tom) Kean told me he will allow people to vote their conscience. The conscience isn’t there yet.

“We’re expecting Democratic legislators to support us,” he added, but confessed he doesn’t think the votes will pan out.

As for the present health of his organization, the biggest cross-section of Latinos in New Jersey, buffeted by internal conflicts during the gubernatorial election, Perez said the alliance remains strong.

“This is a democratic organization,” he said. “The fact that there were people with different positions demonstrated that the Latino community is as complex as society. We cannot expect Latinos to all be in one party. Even the Democratic Party was divided by this election. Why would people expect us to be any different?

“We are going to become more strong than ever,” he added. “It’s part of the growing process. We have grown so much. It’s true, based on what happened this last time, which was unprecedented, we’re going to have discussions about whether we endorse by majority or whether we will only endorse by consensus. That’s going to be a discussion.”

Although the alliance lost on another, more local front -the New Brunswick battle for a ward system of representation – Perez took credit for driving that issue to near success in the Middlesex County university town.

“We lost that fight by 80 votes, but we were the ones who were trying to reform the party, who wanted to make positive changes in the Democratic Party – it was us,” he said. 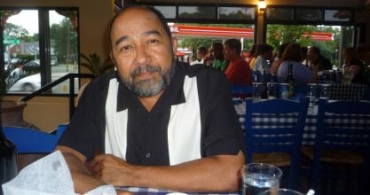