TRENTON – It comes as no big newsflash in a rapidly expanding field of candidates that yet another person formally entered the race for mayor of Trenton tonight, but Council President Paul Pintella arrives with some credentials and a name honed as a 16-year veteran of the council and resident of all the city’s wards.

“The city has progressed, we can talk about what the city council passed, but we have more we need to do, like recapturing the waterfront and building up our transit center,” said Pintella, an affirmative action specialist who would leave his state job if wins the $115,000 per year mayoral position being vacated this year by veteran Douglas Palmer.

Projecting squared away government gravitas as he entered to the guitar heavy strains of a live band buildup in the community room of the Lighthouse Outreach Ministry, the 44-year old Pintella worked the hands of a modest sized crowd of about 60 people on his way up to the podium.

Daughters Alexis and Amanda introduced him as a stellar father.

Born and raised in Trenton — his father ran the Urban League — married with four children, Pintella enters the contest as the most obvious longstanding ally of Palmer’s, who’s retiring after 20 years in office. With at least ten people either in or close to getting in the race to succeed him, the mayor’s isn’t endorsing anyone publicly at this point, and said only on the occasion of Pintella’s kickoff, “He’s a homegrown person and I wish him the best.”

Pintella admitted, “I would love to have his endorsement. He’s been a good friend and a good mayor. Should I not get it, I’m capable of standing out on my own.”

Among his supporters heading for the exit when the candidate finished his speech was local businessman Pat Vagnozzi, who as much as confirmed Pintella’s point.

“About 15 years ago, I had a problem with the City of Trenton – Paul didn’t even know me – and he lent me a helping hand,” Vagnozzi said. “My point is, the guy didn’t know me, see? It’s not like he was helping out someone he knew because he was in city government. We worked through it. This is a guy who’s been here his whole life, who grew up here. He’s not an outsider looking in, he’s an insider – on the inside.”

Handshaking his way through a brace of his supporters, Pintella told PolitickerNJ.com, “I hope to raise at least $100,000 for this campaign. That’s the plan.

“Getting petitions signed is the easy part,” he added. “I’ve been running and I’ve been in runoff elections my whole life. I’ve never lost, and I don’t intend to start losing now.” 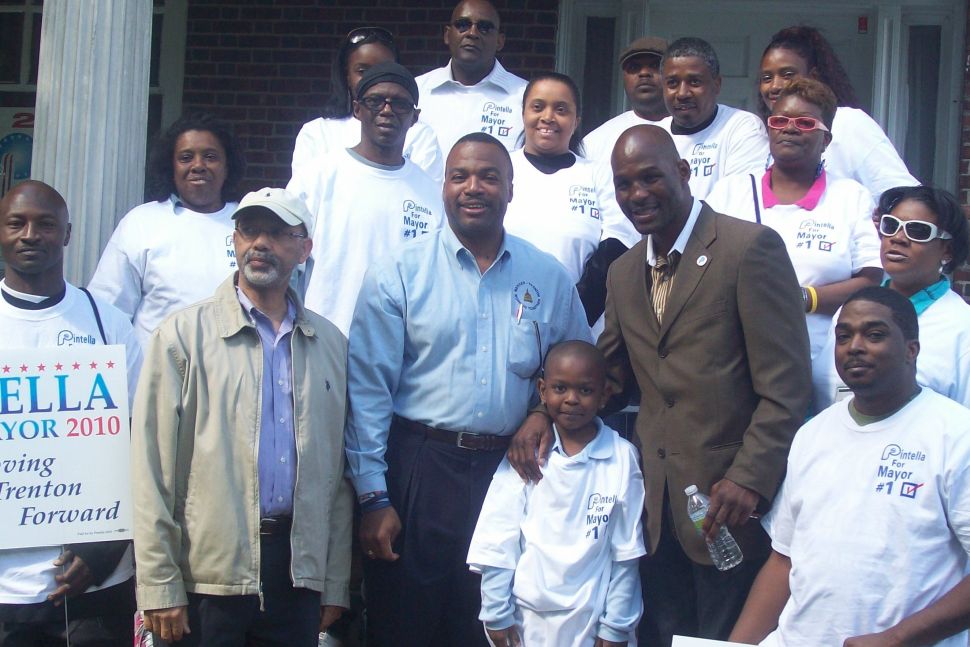