Born in Perth Amboy and raised in Sayreville in the state’s blue collar, old factory fountainhead, Assemblyman John Wisniewski (D-Sayreville) stands poised to succeed Joe Cryan as state chairman of the Democratic Party, having secured the support of all 21 county chairmen heading into a Jan. 27th state party committee convention at the Forsgate in Jamesburg.

He arrives at the party’s top dog spot in a different environment than did Cryan four years ago.

Riding Bush agony through the first part of the 21st Century, New Jersey Democrats felt the surge of successive victories leading all the way up through the 2008 presidential campaign, but as Wisniewski released a statement yesterday indicating his lock-up of key party support, Democrats simultaneously were either reeling or about to be dealt a double reel in the form of concussive losses: one here in New Jersey with the defeat last November of Gov. Jon Corzine.

The other hit came just last night in Massachusetts, – an hour or so after Wisniewski’s press release – as Republican state Sen. Scott Brown wrested from Democrat Martha Coakley what many observers – until the Coakley campaign bore signs of unraveling last week – believed was a safe seat occupied for five decades by the late Edward Kennedy.

“I cant speak to the specifics of what happened in Massachusetts last night, as I wasn’t on the ground,” the 47-year old Wisniewski told PolitickerNJ.com. “But clearly, the winner was able to capitalize on the feeling of uncertainty and apprehension in the country as people do not exactly have an optimistic view of the future. People have concerns with unemployment at ten percent and so this was a unique opportunity for the Republican. I would exercise restraint before drawing large scale patterns from one or two elections. Corzine and Coakley obviously had similarities as candidates, I think, more than this spelling large-scale problems for Democrats.”

“Clearly as a party we need to focus on delivering a message on the grassroots level that often gets overlooked,” he said. “The Democratic party for the last 60-70 years has stood for fairness and creating opportunity, and in tough economic times that message can get muddled. We need to do better. There is a need to further extend the welcome mat of inclusion, both to Obama voters and independents who voted for change on the national level.”

Given the invitation to talk about party principles, Wisniewski the son of Sayreville, a mostly Catholic Middlesex County river town he describes as “Democrat but conservative,” generally talks about economic fairness, education, jobs and government consolidation of services.

But coming off the state Senate’s consideration of marriage equality, which failed to pass in a Democratically controlled chamber and an upsurge of criticism from progressives who complained about party members shying away from taking a tough social stand, Wisniewski said if the measure had come before him in the Assembly, “I would have voted for it.”

“It’s always easy in retrospect to look at a legislative agenda and say this is how it should be done differently,” he added. “Whether it was done in lame duck or not in lame duck, the simple answer is there weren’t enough votes. But there will be other opportunities to bring that back. All of these changes – we’re kidding ourselves to think they will happen in one fell swoop.”

An attorney with legal work in Keyport and other public entities, the incoming state party chairman said he doesn’t believe his publicly contracted duties will pose a conflict in projecting a public interest message as party chairman.

“I’ve got a law practice, and half of my work is composed of private clients, and half of public clients,” said Wisniewski, married with children. “Everybody’s who held this job has held other employment. The state Democratic chairman is not a salaried position. It would be nice if it were, but it doesn’t pay anything. It’s a volunteer job. I’m going to continue to be a member of the general assembly, just like my counterpart on the Republican side of the aisle (Assemblyman Jay Webber (R-Morris Plains).”

Like other members of the Assembly, Wisniewski attended yesterday’s swearing-in ceremony of Gov. Chris Christie and heard the Republican’s call for bipartisanship. Not leery of Christie’s query, the Democrat nonetheless said it’s important for people to not misperceive legitimate philosophical differences as partisan rancor.

And he also noted the longstanding ceremonial function of Christie’s clarion call.

“Bipartisanship is a thing we all need to strive for and a call from leaders on both sides of the aisle,” Wisniewski said. “Jon Corzine, when he became governor, made a call for bipartisanship, as did Jim McGreevey. Government would work much more effectively if we could put aside partisan differences, certainly. But there are philosophical differences we should not discount, and it would be a mistake to criticize the Democrat who takes issue with a given proposal and automatically call it partisan when it is simply, ‘We wouldn’t do it that way.’

“The Democratic Party, while we’re going to look for every opportunity to work with Governor Christie to make the state a better place, we’re not going to abandon our principles. Affordable college tuition, healthcare, affordable housing: there are things we know need to get done. There are differences on how we see the role of government. We’re going to have to compromise and accommodate all viewpoints.”

“I wish Commissioner-designate Shundler the best,” he said. “Like anybody else, he wants to do the best job for children in the state. I haven’t heard or seen exactly what he would propose doing. I believe all of the people the governor’s appointing have the best interest of the state at heart.”

On the campaign front, Wisniewski said his first priorities include congressional races and keeping the Democratic delegation intact, as well as the Bergen County executive’s race and Passaic County freeholder races. He said he has only had very preliminary conversations with U.S. Sen. Bob Menendez (D-Hoboken), the party’s next statewide candidate in 2012, whom sources say had questions about Wisniewski occupying the party chairman’s job.

In a thumbnail, Wisniewski rose to the position as party of the South-North Jersey deal that landed Stephen Sweeney in the senate president’s chair, Barbara Buono in the senate majority leader seat, Sheila Oliver as assembly speaker and Cryan as assembly majority leader. While the Middlesex-based Buono and Wisniewski were the two central Jersey chess pieces advancing as part of the deal negotiated by South Jersey Democratic leader George Norcross III and Essex County Executive Joseph DiVincenzo, Jr., the fulcrum of political power controlled by those two forces maintained decided North-South advantages with Oliver (East Orange) and Sweeney (South Jersey) in the chief spots.

Central Jersey seemed consolation prize central, at best, and sources say Menendez fretted somewhat about not having more Hudson County hegemony in the state chairman’s seat as he approaches 2012, and worried about all channels of party power flowing through that one deal brokered by Norcross and DiVincenzo.

“I’m not officially on the job yet. We have been putting together our legislative leadership team, and we’re in the infancy of those conversations, but Bob Menendez as our next statewide candidate is clearly an important statewide candidate,” was all Wisniewski said regarding the state’s powerful, Hudson County-based U.S. Senator who shares a barely civil history with the aggressive former U.S. Attorney now serving as governor.

At the district-level, Wisniewski’s win as a participant in the Norcross-DiVincenzo power play accompanied the loss of fellow 19th district legislator, state Sen. Joe Vitale’s (D-Woodbridge), who backed former Senate President Richard Codey (D-Roseland) against Sweeney, and subsequently lost his chairmanship of the Senate Healthcare Committee.

“Joe was a fantastic chairman of the health committee, and I hope there is a role for him going forward,” Wisniewski said.

In terms of securing vocal backing from the senator, “I haven’t gotten that far yet,” the incoming state party chairman added, “but I know Joe and Craig (Assemblyman Craig Coughlin (D-Woodbridge) are supportive of my efforts. In informal conversations we’ve had, they’ve been very supportive.”

As for his own future plans, including a potential 2013 run for governor, “I haven’t ruled out what I’m having for lunch on January 20th, 2010. I just got sworn in to the Assembly and I’ll be assuming this position as state party chair. We’ll leave the future to the future.” 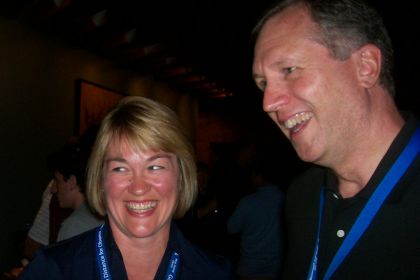