A number of potential candidates are lining up in Hunterdon County to succeed Sheriff Deborah Trout, who has opted not to seek reelection after a single tumultuous term.

So far, four Republicans have declared an intent to run, according to Hunterdon County GOP Chairman Henry Kuhl: Undersheriff George Muller, a former freeholder who ran against trout in the 2007 GOP primary and now has her endorsement; former Readington Police Chief James Paganessi; former Raritan Police Chief Fred Brown; and Ralph Scott, a lieutenant in the Somerset County Sheriff’s Office who lives in Delaware Township.

The county committee will decide whether to endorse a candidate at their April 8 convention.

“They all have talked to me or met with me about it, which is appropriate for them to do,” said Hunterdon County GOP Chairman Henry Kuhl, who added that there are others who are rumored to be interested in running.

In 2007, Lambertville Police Director Bruce Cocuzza ran a competitive campaign against Trout, finishing nine points behind her – a solid margin for a Democrat in this traditionally Republican county.

Some Democrats have asked Cocuzza, who also ran in 2004, if he’s interested in running again, but he said he will almost definitely not attempt (“99%” sure) the “an almost insurmountable task” for a third time.

“I couldn’t beat two virtual criminals,” he said (former Sheriff Bill Doyle, who beat Cocuzza in 2004, was indicted in 2004 on weapons charges).  “It’s just not doable as a Democrat.  The numbers are so lopsided in this county.”

But Mike DeLoreto, secretary of the Hunterdon County Democrats, said that Trout’s missteps in office could open up an opportunity for the right Democratic candidate.  Trout made news for feuding with the freeholder board over budgets, was subject to a (failed) recall effort, and had her office subpoenaed and raided as part of an investigation into her hiring practices (an investigator from her office had resigned before that after being charged with lying on his employment application).

“I think we can make a really strong argument — a case that some new leadership is needed in order to really right the ship,” he said. 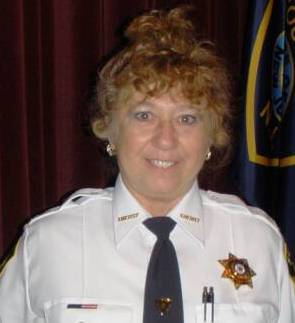