“I don’t remember the last time I saw Vic in Long Branch,” said Schneider. “If he supported me, it wasn’t since 1994, when John Pallone ran against me.”

The brother of U.S. Rep. Frank Pallone (D-Long Branch), John Pallone had successfully run for the city council in 1990 on a ticket headed by Schneider, then challenged the incumbent mayor four years later.

Scudiery supported John Pallone in that local race, to no avail.

“Again, I just don’t see Vic being a factor,” he added. “Here he is supporting one Democrat over another when he just lost a freeholder race. You’d think that’s where he’d be focused. But that’s ok, I’ve been around the block a few times.”

Schneider told PolitickerNJ.com today that he’s about two weeks away from finalizing his ticket, and seemed to be in a buoyant mood as he considered the crystallization of his longtime rivalry of Unger in this mayor’s race.

“I’m looking forward to it,” said the mayor. 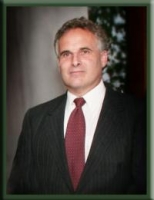