TRENTON – There wasn’t enough Bret Schundler to go around today.

The former mayor of Jersey City, a two-time unsuccessful Republican gubernatorial candidate, had been out of the spotlight for some time, working in the low-profile role of chief operating officer at Manhattan’s King’s College, a Christian liberal arts school, and starting a campiagn to return to the mayor’s office last year that didn’t gain much traction (Schundler dropped out nearly five months before election day, citing a hit to his investment portfolio).

Now, as Schundler stood in the hallway of the Trenton War Memorial, attendees of Gov. Christopher Christie’s inauguration clamored to shake the hand of Christie’s nominee to be the next commissioner of education – a provocative choice because of his outspokenness for school vouchers, even if he has so far offered a measured tone when talking about voucher’s opponent, the New Jersey Education Association (NJEA).

“It’s like a Schundler fan club,” said one man.

Schundler joked that the last time so many people wanted to talk to him was at his wedding.

“And they were all related to me,” he said.

Schundler reiterated that once he takes office, he will not seek merely to butt heads with the teachers union.

“The reality is I think my relationship with them is going to be respectful… We’ll be able to constructively work on a lot of things together.  At times we’re going to disagree,” he said. 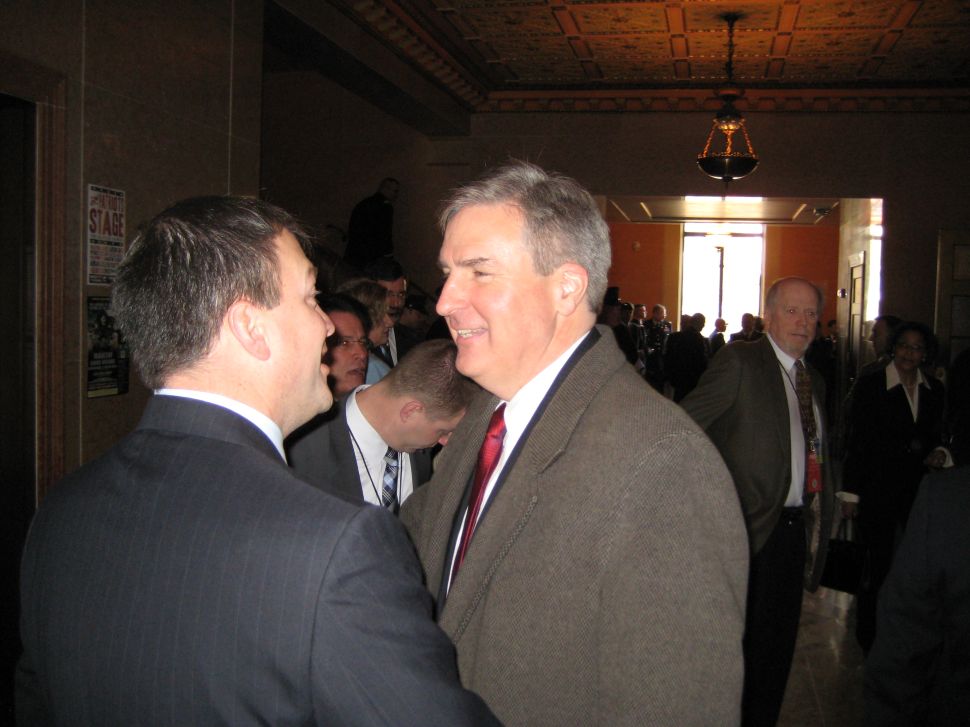