TRENTON – By a vote of 36-0, the Senate just elected as its new senate president Sen. Steve Sweeney (D-Gloucester), who quotes the late Green Bay Packers coach Vince Lombardi and the late Vice President Hubert Humphrey as a blended statement of fighting spirit and dedication to society’s vulnerable.

“I am not someone to shy away from a good fight,” declares Sweeney, after he assumes the oath of office. “I won’t fight for the sake of fighting, but I will fight for what I think is right.”

“Since Sept. 11th. the past decade has been marked by hardship,” says Sweeney.

“I envision the beginning of a new era which returns New Jersey to its greatness,” he adds. “We will have to find ways to make government do more with less. My record shows I’m willing to get behind a good idea, whether it’s red, blue or any color. I intend to work with the new governor, and my friend Tom Kean.”

All senators who were present today voted for Sweeney as senate president, except for himself.

Sen. Dana Redd (the newly sworn-in mayor of Camden who is leaving the senate), Sen. Diane Allen (R-Burlington) (who is battling cancer), and Sen. Andy Ciesla (R-Brick) were absent. 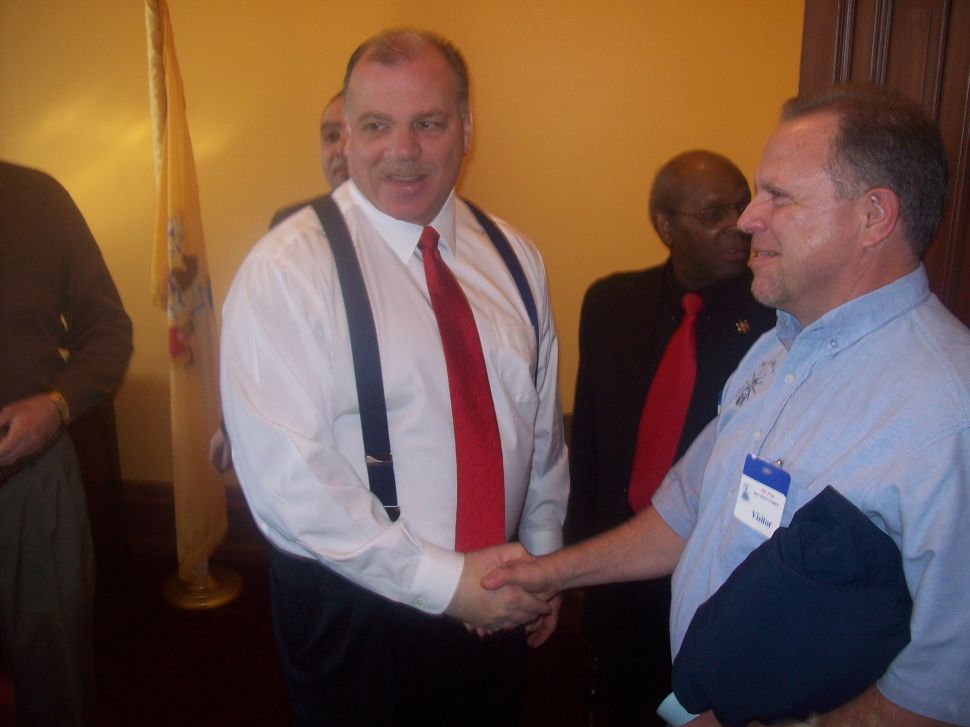