Criticized for accepting money to speak at The College of New Jersey (TCNJ) last fall, Newark Mayor Cory Booker contributed the speaking fee he received to Newark charities, according to his spokesperson – who when asked did not deny that Booker receives speaking engagement dollars from public institutions which are not in New Jersey.

About a month in front of Booker’s 2010 reelection kickoff, local political opponents of the mayor’s questioned a sitting elected official’s judgment in receiving speaking fees anywhere – at institutions public or private – and in hiring the Manhattan-based Greater Talent Network (GTN) to help him land speaking gigs.

The issue surfaced this week when a story about Booker in The College of New Jersey’s “Perspective” newsmagazine written by Gary Edwards Bethea pointed out that Booker spoke at the college last year and received $10,000 in return.

“It seems a bit contradictory that the mayor would require taxpayer-funded TCNJ to hand over thousands of its scarce, tuition-garnered dollars for a ninety-minute presentation – especially in the midst of an ongoing recession that has forced the College to furlough professors and cut services,” Bethea opined.

The mayor has never accepted an honorarium from New Jersey public institutions,” said Bell. “The money from The College of New Jersey was donated to soup kitchens, homeless shelters and other Newark nonprofits.”

Bell said Booker made the charitable donation immediately following his appearance last fall, and not in the wake of those criticisms that came to light in Bethea’s Jan. 11th piece.

Asked if Booker’s no-fee policy for public institutions applied beyond the borders of the Garden State, his spokeswoman said, “The mayor has talked throughout the State of New Jersey and never taken any honorarium for speaking engagements.”

Stung by a city crime wave that resulted in a shooting death this week, veteran state Sen. Ronald L. Rice (D-Newark) recoiled at the news.

“You can’t run a city government on tweeter and twitter and running on and off airplanes, not a city like Newark,” he said.

“I think it shows a lack of being in touch with where we find ourselves today in this current economic condition,” said Motayne. “Our city is in serious financial condition right now, and when you consider the average Newarker, the average taxpayer and look at their backgrounds, too many holding public office are overpaid. This is very insensitive, and sends the wrong message. Definitely our mayor is charismatic, but he seems like he’s on another planet. People are afraid to drive around the city, let alone take a nice stroll. We’re all afraid. Normally sitting elected officials don’t charge for speaking engagements. That’s for former presidents and senators. I will say this, people across the country and across the state are just smitten for Cory Booker.”

Rice, who four years ago was overwhelmingly outspent and flattened by Booker when he ran for the office of mayor in a short time frame election, and who this year backs Booker challenger Clifford Minor, charged that Booker’s public appearances and focus beyond the Newark environs are contributing to the city’s crack-up.

“I did not have enough time in the past election to get the facts out there and attention on who Cory Booker is and why his heart is not in representing the people of this town,” said the senator. “Go online. They’re selling Booker products, tapes and things. This is the first mayor I know of who has an agent to keep him moving around the country. He’ll come and do the public relations thing – plant a shovel or grip and grin for a project launched during the James era, then he’s traveling back to Hollywood, raising millions of dollars, or raising money with Bloomberg on the other side of the river and picking up $26,000 for endorsing him. To me, it’s sad and pathetic but I have to laugh about it just to keep my sanity. Booker’s trying to get to another level on the backs of Newarkers.” 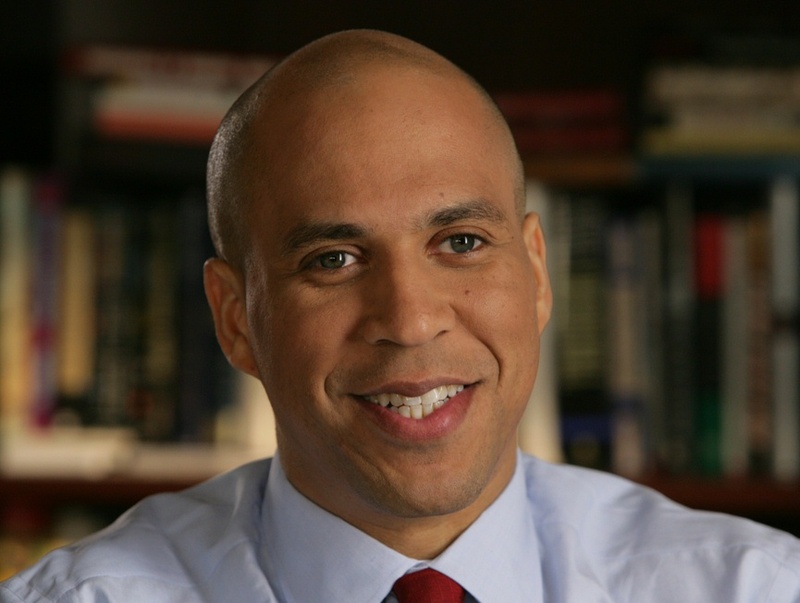