TRENTON – A roar from the gallery and down below on the floor greets the imposing, suspenders-clad figure of Sen. Steve Sweeney (D-West Deptford), an ironworker turned lawmaker who is briefly visible outside his new second floor office moments before he gets sworn-in as the senate president in this 214th session of the legislature.

He poses for pictures in the ante-chamber of his office with members of the Gloucester County Freeholder Board.

“Gloucester County has moved up in the world,” says Sweeney.

“Senator,” says an aide, in between camera flashes, “it’s time.”

Outgoing Senate President Richard Codey (D-Roseland) swoops past on his way to his old digs, and moments later, Sweeney materializes downstairs where a bearded Senate Minority Leader Tom Kean (R-Westfield) jaws with him on one side of the rostrum and the senate is right at the edge of the Sweeney era.

Now the bagpipes sound and the ceremony begins.

An ally of Ruiz’s mentor, North Ward Democratic Committee Chairman Steve Adubato, Ruiz’s move to put O’Toole on the throne of power and his subsequent appearance on the rostrum has the double impact of wounding outgoing Senate President Richard Codey (D-Roseland) and flexing the long arm political muscle of Adubato’s organization.

Having fulfilled that function over the course of several minutes, O’Toole hands off to Sweeney, who, still operating in his role as senate majority leader, swears in Sen. Nia Gill (D-Montclair) as president pro tempore. 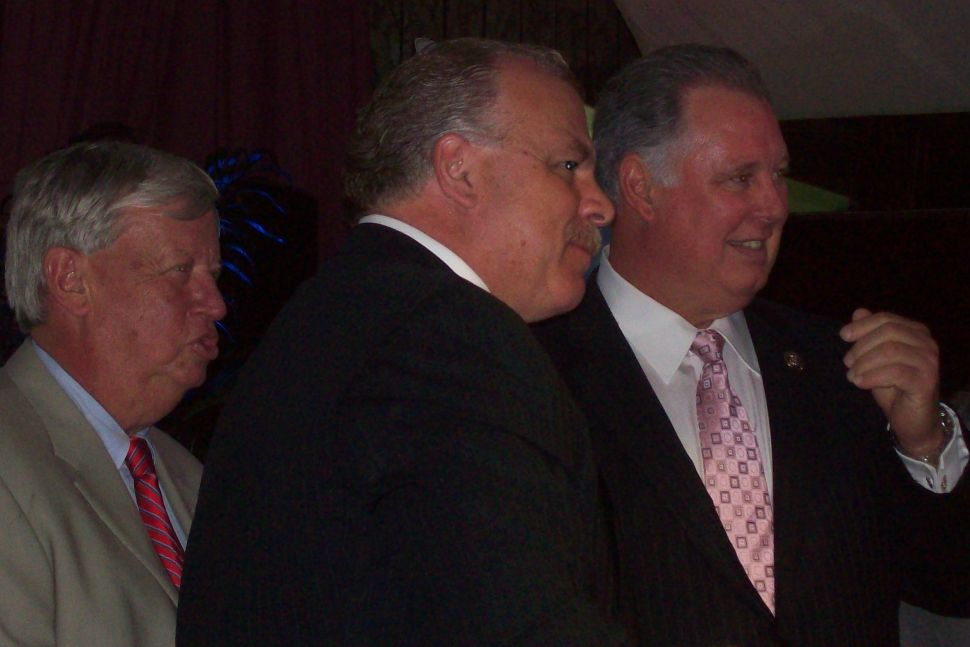