That slogan actually also runs in a parallel motion across the entire circumference of the arena as the Bruce Springsteen cover band runs through rehearsal.

There’s no crowd yet, but there are people trickling in, among them Republican youngster operatives who spent the first eight years of their political lives waiting and working for a statewide candidate to break the tape, and now they’ve got Christie, sworn in earlier down in Trenton as governor and they’re happy, hoping too that Scott Brown beats Martha Coakley for that open U.S. Senate seat up in Mass. tonight to give them a double dose on the day.

No, just a guy who sounds more than a little like him.

Just a little over two months ago, President Barack Obama stood in this space on the Sunday before Election Day and raised the arm of then governor and now former Gov. Jon Corzine, an event swept aside at present with a full-blown Clarence Clemons saxophone blast. 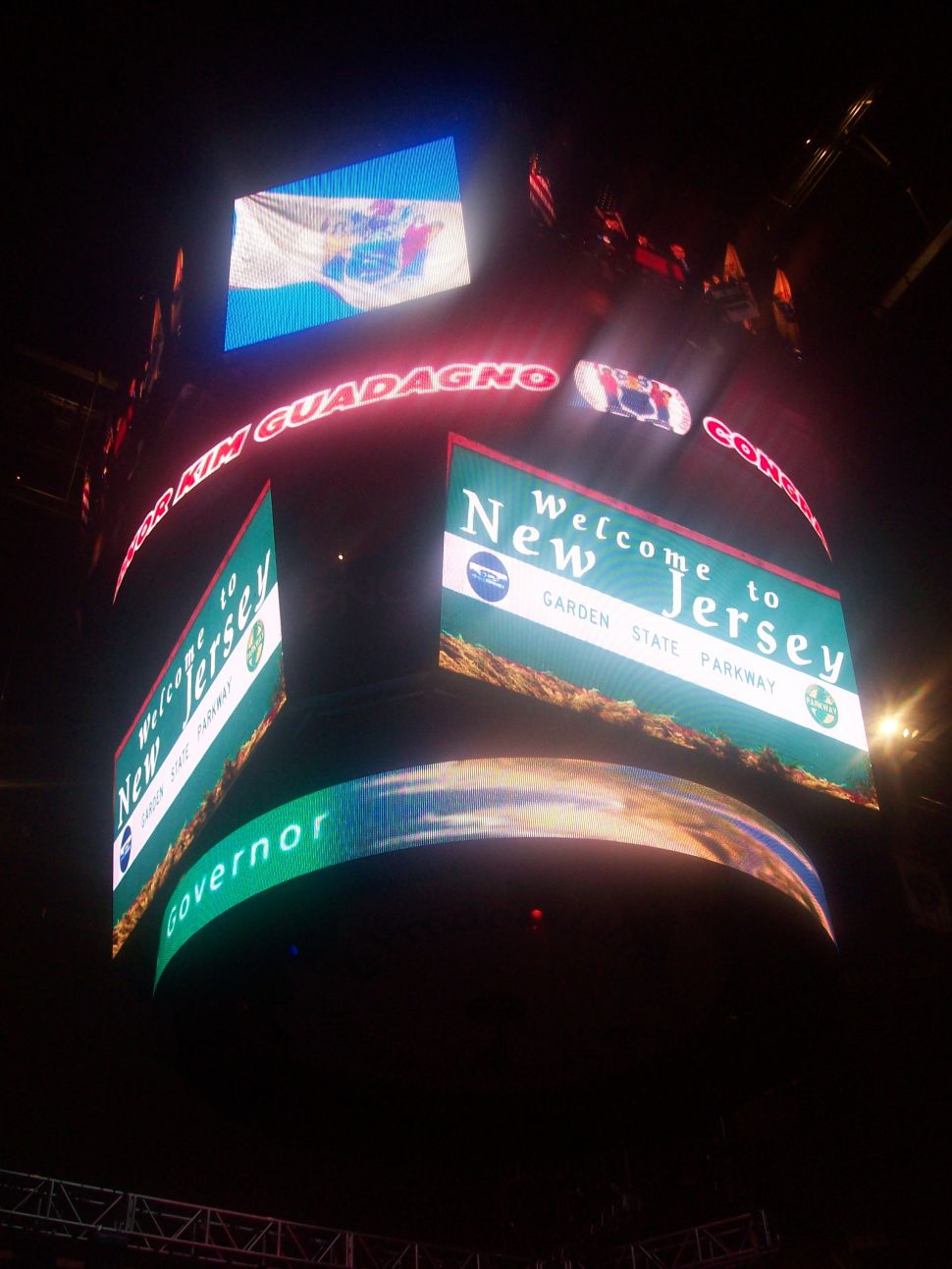