Thomas Cowan, who died on Sunday at age 82, was a labor leader from Jersey City who faced a multitude of tough campaigns on his path to a sixteen-year career in the New Jersey Legislature.

Cowan first went to the Assembly in 1977, the beneficiary of the collapse of Jersey City Mayor Paul Jordan’s campaign for the Democratic gubernatorial nomination and the election of a Jordan rival, Thomas F.X. Smith, in the May race for mayor.  Cowan had Smith’s support in the June Democratic primary; he ran on a ticket with David Friedland, a former Assembly Minority Leader, and Robert Janiszewski, who would later become Hudson County Executive.  Friedland beat incumbent Joseph Tumulty in the Senate primary, and Cowan and Janiszewski unseated Michael Esposito, a five-term Assemblyman, and Alina Miskiewicz, a freshman Assemblywoman, in the primary.

Cowan faced no primary opposition when he ran for a second term in 1979, but beat back a rival Democratic Solidarity Coalition Team slate in 1981.  Friedland left the Senate following his criminal conviction, and redistricting put State Sen. Frank Rodgers into the new 32nd district. Rodgers beat former Assemblyman Michael Marino by a 2-1 margin, while Cowan and Janiszewski beat Marino’s running mates, John McAuley and Irene Zubruckyj, by 3-1 margins.

In 1983, Jersey City Democrats, anxious to reclaim the Senate seat, cut a deal for the 73-year-old Rodgers, who was the mayor of Harrison from 1947 to 1994 (48 years, a national record) to run for Hudson County Clerk.  Cowan, with the backing of Jersey City Mayor Gerald McCann, became the Hudson County Democratic Organization’s Senate candidate; in the Democratic primary, he defeated Jersey City Councilman Anthony Cucci by a 58%-42% margin, 4,248 votes.   In the Assembly primary, the HCDO dumped Janiszewski from the line and ran Paul Cuprowski and Anthony Vainieri.  Cuprowski and Vainieri (the father of Assemblywoman Valerie Huttle) defeated Janiszewski and Theodore Digiammo of North Bergen, by more than 3,000 votes.  Cuprowski and Vainieri served one term; they lost re-election to Republicans Frank Gargiulo and Charles Catrillo in the Kean landslide of 1985.

Two years later, Cucci ran for mayor and beat McCann.  In 1987, the HCDO dropped Cowan from their line and backed Cuprowski for the Senate.  Cowan ran his own line and won a narrow 529 vote victory, 51%-49%.  Cowan’s Assembly running mates, Anthony Impreveduto and David Kronick, beat HCDO candidates Arnold Bettinger and Carmine Pellechio, by less than 1,000 votes.  Republicans made a play for the District 32 seat in 1987 with Catrillo giving up his Assembly seat to run for the Senate, but Cowan beat him 67%-33%.

The ’87 Democratic primary featured one of the best civil wars of modern Hudson County politics.  Glenn Cunningham came within 1,049 votes of ousting incumbent Edward O’Connor (who was on the HCDO line) in the District 31 Senate primary, while incumbent Christopher Jackman, running  off the line, beat the HCDO candidate, beat former Assemblyman Robert Rainieri by a 63%-47% margin. In that primary, HCDO Assembly candidates Sixto Macias and Leonard Altamura were defeated by two off-the-line Democrats, Robert Menendez and Bernard Kenny.  Janiszewski, running with Cunningham, Cowan and Jackman, won the Democratic nomination for Hudson County Executive.

Cowan coasted to a third term in 1991, beating Ralph Valentin in the Democratic primary with 90% of the vote.  He won a rematch with Catrillo 57%-39%, despite a GOP sweep across the state. 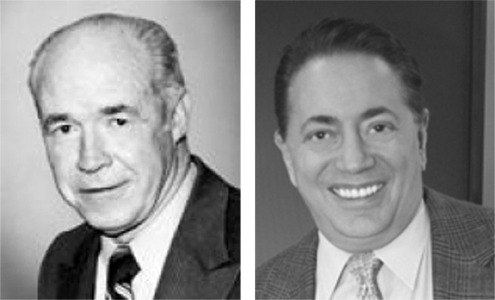