“I do,” Turner told PolitickerNJ.com when asked if she intends to sign off on her onetime home district rival, whom she could have stymied by invoking senatorial courtesy.

“We met today at the Statehouse and he discussed with me what he believes,” said the veteran senator. “He feels first and foremost a responsibility to the environment. I think he’s going to be very sensitive to the environment and I think he will be an asset to our state. He’s hit the ground running, as he’s been at the DEP for a week now, and he’s ready to make the DEP more friendly and efficient.”

Turner told Martin that a personal and respectful touch is important because public employees are fearful of losing their jobs.

“I think it’s one of the things he’s aware of,” Turner said. 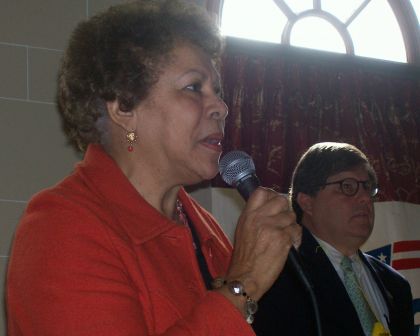