On the short list for the job of spokesman to the U.S. Attorney is Jeff Whelan, a former Star-Ledger Pulitzer Prize winning reporter who spent the last year heading Gov. Jon Corzine’s opposition research operation.   The new federal prosecutor, Paul Fishman, is currently looking at candidates to replace Michael Drewniak, who will become the press secretary to Fishman’s predecessor, Gov.-elect Christopher Christie.

Whelan covered Christie as the Star-Ledger reporter assigned to the federal prosecutor’s office.  He left the newspaper shortly before Christie resigned to launch his campaign for governor and landed a job on Corzine’s campaign researching, among other things, Christie’s record as U.S. Attorney. His appointment as Communications Director might help Fishman please U.S. Sen. Frank Lautenberg, who helped him get his job; Whelan was an aide to Lautenberg before he went to journalism school.  But it might put Fishman into an uncomfortable position with some of his staff, who watched the Corzine campaign file a huge number of Freedom of Information Act (FOIA) requests last year. During the gubernatorial campaign, Democrats raised allegations that the July 23 takedown of several dozen public officials as part of Operation Bid Rig was timed to boost Christie’s bid to oust Corzine. 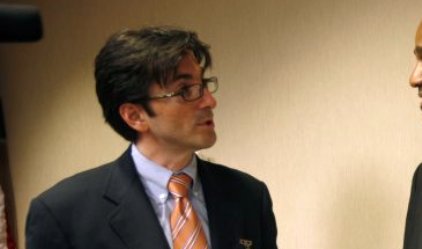